10 Interesting Facts About the Caribbean Sea

Thinking about visiting the Caribbean for your next vacation? The area we call “the Caribbean” consists of island and coastal countries surrounding the Caribbean Sea. This body of water is located southeast of the Gulf of Mexico, and to the north of South America. In this article, we’ll tell you what makes the Caribbean Sea unique and special, and you’ll understand why millions of tourists flock to its waters each year.

Facts you may not know about the Caribbean Sea

The Caribbean Sea is separated from the Atlantic Ocean by island arcs (archipelagos forming an arc shape). Although it’s technically part of the Atlantic Ocean, there’s a marked visual difference where the two bodies of water meet. While the Atlantic Ocean is a striking “marine blue” hue, the Caribbean Sea is light turquoise in color. You can see a “meeting point” at the Glass Window Bridge on Eleuthera, one of the islands that belongs to the Bahamas. The impact of the waves from both sides makes this bridge dangerous at times. Rogue waves have sometimes washed people and vehicles off the bridge and into the ocean.

2. It takes its name from the natives who lived there.

The name “Caribbean” comes from “Caribs”, a native American group that lived in the region when Europeans first visited it in the 15th century. However, it was also called the “Sea of Antilles” because of the Spanish name (Antillas) for the islands in the area. In addition, some Europeans referred to it as the “North Sea” in the 16th century because it lies to the north of the isthmus of Panama. They called the Pacific Ocean the “South Sea”, since it is located beneath Panama.

3. 9% of the world’s coral reefs are in the Caribbean Sea.

This is one fact that helps attract tourists to the Caribbean from all over the world. The Mesoamerican Barrier Reef System, or Great Mayan Reef, is the world’s second largest reef, after the Great Barrier Reef in Australia. It measures 600 miles (about 1000 kilometers) in length. Increasing temperatures in the Caribbean Sea in recent years have caused the coral’s main sources of food (microscopic plants) to die off in alarming numbers. In addition, the heat results in coral bleaching and subsequent death.

Human activities also threaten coral reefs in the Caribbean Sea, such as coastal development, pollution, and overfishing. According to the World Resources Institute, two-thirds of the Caribbean’s coral reefs are at risk because of these activities, and one-tenth are at very high levels of threat.

Due to its tropical climate, the Caribbean Sea houses nearly 13,000 species of plants. Approximately 6,500 of them are endemic, meaning you can’t find them anywhere else in the world. There are at least 1,000 documented species of animals in this body of water, including 90 species of mammals. Some of them, such as the manatee, are currently endangered. At least one mammal, the Caribbean monk seal, is most likely extinct. The Caribbean Sea serves as prime fishing grounds for lobster and sardines, especially off the coast of the Yucatan Peninsula.

5.It’s the deepest sea in the world.

The Caribbean Sea is the deepest sea in the world, with average depths of 22, 788 ft (6,946 meters). The only bodies of water that are deeper are the Pacific and Atlantic Oceans, the Indian Ocean, and the Southern Ocean. Its deepest point, the Cayman Trough, measures 7,686 meters (25,220 feet) below sea level. Located between Jamaica and the Cayman Islands, the Trough is one of the lowest places on earth.

That’s a lot of islands! Of course, not all of them are inhabitable. However, the ones that are belong to 25 different countries. The nation of Bahamas itself includes about 700 islands. The largest island, measuring 109,884 square kilometers (42,426 square miles),  belongs to Cuba.

Now you have one more reason to visit the Caribbean! Forget frigid waters and come take a dip and some of the world’s warmest tropical beaches. Temperature doesn’t stray too far from 81 F (27 C), although it can dip at night. Salinity is at about 3.6% in the Caribbean Sea.

8. “Pirates of the Caribbean” were a real thing.

Yes, there were thousands of pirates pillaging the Caribbean Sea from the 1500s to the 1830s. There were famous pirate ports in Jamaica, Haiti, and the Bahamas. Pirates were often former sailors who were familiar with trade routes between Europe and “the New World”, and therefore knew where to find and hijack ships. Piracy was particularly prevalent in the Caribbean in the 16th century, when this region became the main focus of European countries hoping to establish colonies and tap into the Caribbean’s vast resources for trade.

Believe it or not, there was actually a legal form a piracy, called privateering. Privateering was most often used during times of war.

Large oil reserves can be found in Venezuela, and the discovery of a major oil field in Guyana in 2015 make this area an important player in the exportation of fossil fuels. There are also potential oil locations in the Caribbean Sea off the coast of Suriname. Exporting oil could greatly boost the struggling economies of these Caribbean countries and others. 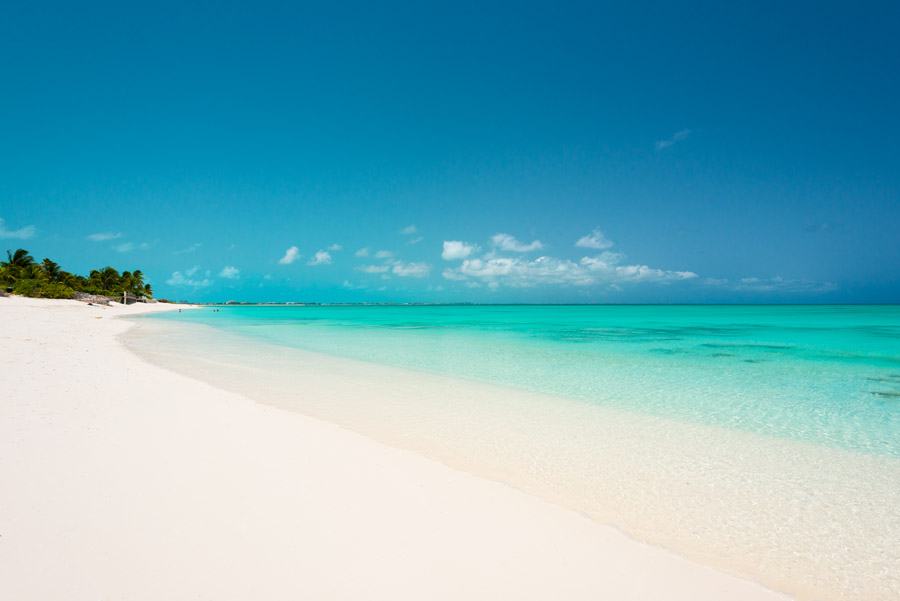 10. Beaches on the Caribbean Sea are some of the world’s best.

If you’re planning on taking a beach vacation sometime soon, this is great news for you. There’s no better beach than Grace Bay in Turks and Caicos. According to Trip Advisor, it’s 2018’s number one beach. It has a barrier reef, which keeps waves calmer and provides excellent snorkeling, and has crystal clear water with no seaweed or rocks.

Varadero Beach in Cuba and Eagle Beach in Oranjestad, Aruba, are also on the list of 2018’s top beaches. Three other Caribbean beaches located in Jamaica, the Dominican Republic, and Mexico also made the cut, resulting in the Caribbean Sea’s utter domination of this year’s list of the World’s Best Beaches.

5.7K
Lifestyle
Survey Reveals One Week of Vacation Isn’t Enough for Most People

[…] two while you’re browsing the city. While crossing, you’ll be able to gaze out into the Caribbean Sea, since Haulover Creek feeds straight into it. If you’re lucky, you might witness the bridge […]

[…] occur when the ocean has been warmed over the summer months. In the Caribbean Sea, the weather’s nice and toasty during April, May, and June. As the warm, moist air over the […]