Saint Martin and Sint Maarten: The Strange Story Behind the Most Peaceful Border in the World

St. Martin, nicknamed “The Friendly Island”, certainly lives up to its name. The two countries that share this little isle share what some say is the most peaceful border in the world!

There are only four island countries in the world that share an island: Saint Martin and Sint Maarten, and the Dominican Republic and Haiti.

However, unlike the hotly-contested border that separates the Dominican Republic from Haiti on the island of Hispaniola, the boundary between Saint Martin and Sint Maarten has been peaceful for as long as anyone can remember.

History of the island of St. Martin

Back in the 1600s, when European countries scrambled to stake their claim on Caribbean territory, both French and Dutch settlers arrived on this tiny island in the Eastern Caribbean Sea. When the time came to establish land rights, neither country wanted to simply give up the island to the other.

In the end, they decided to share. On March 23, 1648, the French and Dutch counterparts signed the Treaty of Concordia to divide the island into two parts.

However, exactly how they divided the land is debatable, and steeped in folklore. The story goes that the French and the Dutch each chose a representative, who stood back to back at one edge of the island. Then, they each walked in opposite directions along the coast, finally stopping at the point where they met face to face. At this point, a horizontal line was drawn to determine the border.

The end result doesn’t look exactly “fair”, since the French side turned out a bit bigger. A rumor passed along by Dutch locals is that the French walker must have run!

However, the French denied having jogged their way to a larger portion– they said that the walker’s success was due to his having begun the journey with a drink of wine.

Whether this account is fact or fiction, one thing is certain: it’s a great story!

Today, there are rarely border checks at the boundary of Sint Maarten and Saint Martin. In fact, people and goods can travel in and out freely. There is no need to show a passport, and the only clue to the fact that you’ve passed to the “other side” are a small monument and some flags. Any immigration or customs responsibilities are shared by both territories at the airport located on the Dutch side.

Once you have crossed over the border, you’ll notice a few differences. The currency is different, as well as the language. (Nevertheless, travelers can also pay with US dollars at most establishments). French is the primary language of Saint Martin, while Dutch is spoken in Sint Maarten. 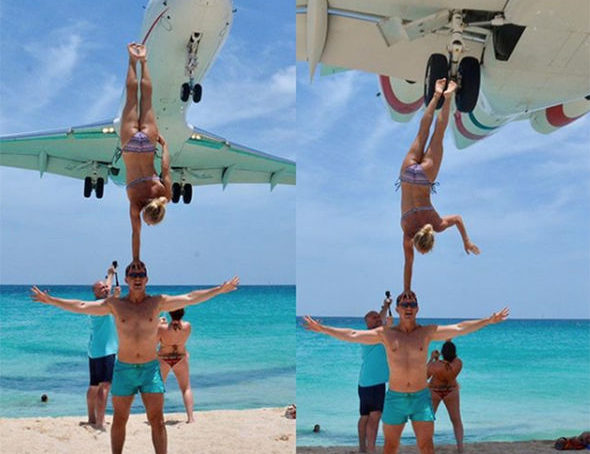