How to Choose a Caribbean Island for Your Next Vacation

The sparkling turquoise waters of the Caribbean Sea are replete with thousands of islands. The largest ones are inhabited. Some are independent nations; others are commonwealths or territories belonging to European countries. Each one is vastly different from the other.

Because there are so many Caribbean islands to choose from, you may be at a loss as to where to buy your ticket to this year.

Each Caribbean island is special in its own way. Some are more urban, some more colonial. Some feature hundreds of glossy, luxury resorts, others offer a more “rustic” experience. 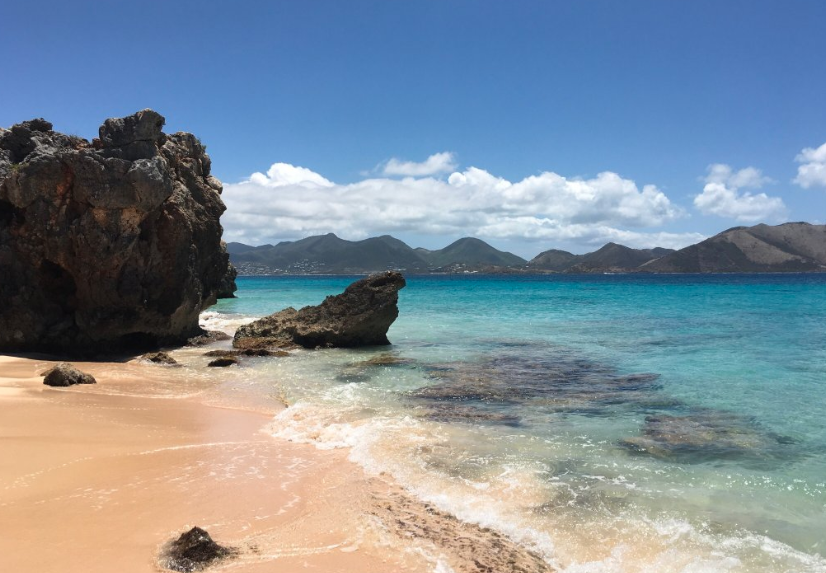 To take the guesswork out of choosing a Caribbean island for your next vacation, here is a short summary of what many of these islands have to offer:

Want to know which islands are the easiest to visit as far as permissions go? If you’re an American citizen, you don’t even need a passport to visit Puerto Rico, since this island is a U.S. commonwealth. You can fly there with your valid driver’s license or birth certificate.

The U.S. Virgin Islands, which include St. John, St. Croix, and St. Thomas, are U.S. territories, so a valid driver’s license or birth certificate will be all that’s required there as well.

If you live in the United States or Europe, you can gain access to many Caribbean countries without obtaining a visa ahead of time. Some countries will issue you a tourist visa upon arrival. Caribbean islands that require only a valid passport for U.S. citizens include the following:

You can consult the exact requirements for your home country here. 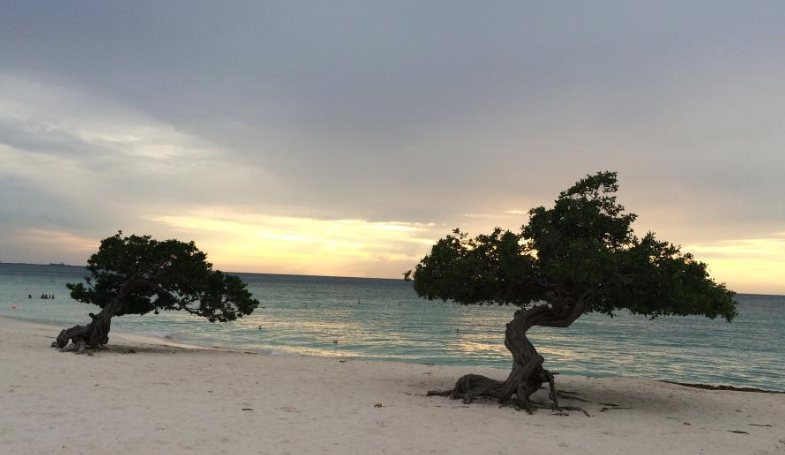 The following Caribbean islands are the ones that tend to have plenty of direct flights available from the US and Canada:

Aruba’s biggest draw is its unspoiled beaches. Currently a constituent country of the Kingdom of the Netherlands, its citizens are Dutch nationals. Subsequently, its official languages are Dutch and Papiamento. Unlike the humidity typical of most Caribbean islands, Aruba is arid and dry. You’ll see plenty of fine sand, flat, riverless land, and cactuses there. Its northern and eastern coasts are mostly untouched by human development.

Why you should go: Aruba’s climate is reliably sunny and warm year-round. Retreat there for some quiet, relaxing excursions to the beach and an escape from the “big city” atmosphere (Aruba has no large cities).

Officially known as the Commonwealth of the Bahamas, this country consists of over 700 islands. English is the official language, although Creole is widely spoken. It is one of the most visited Caribbean countries, attracting nearly 6 million tourists in 2012.

Why you should go: These islands run on tourism, so there’s plenty of activities to see and do. There are also plenty of luxurious places to stay. It’s a great choice for those who like to lounge on remote beaches by day, and party in the city by night.

There are two distinct sides to this Caribbean island: Dutch and French. If you pay it a visit, you’ll find that it more than lives up to its nickname: “The Friendly Island.”

Why you should go: First of all, with a hilly landscape and a few large mountain peaks, it’s the perfect place for some Caribbean hiking. Pic Paradise, the highest peak on the island, offers particularly breathtaking views. In addition, those who love to explore and experience a variety of cultures and languages will find that this unique island offers plenty of both. 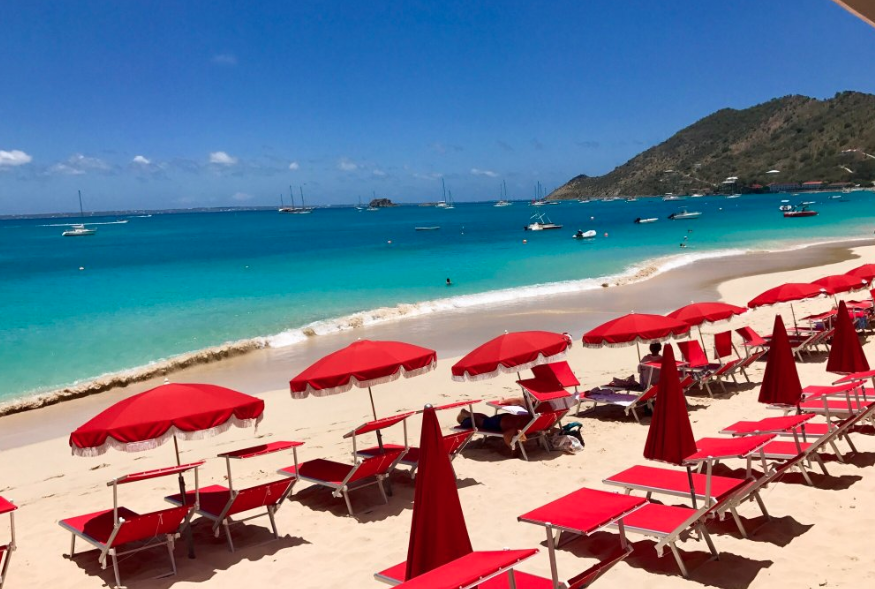 These islands might not be accessible with a direct flight from your country, but that doesn’t mean that they should be last on your list!

This isolated British Overseas Territory lies directly north of Saint Martin. Arguably, some of the best beaches in the Caribbean belong to this diminutive island. Communication won’t be a problem here, since the official language is English, and there are plenty of luxury resorts and villas to kick back in.

Why you should go: This Caribbean island is a great place to find secluded accommodations and private beaches. There are also a number of smaller islands and cays nearby. Anguilla is also notable for its plentiful, colorful coral reefs.

The main island belonging to the country known as Antigua and Barbuda, this small island lies in the Leeward Islands archipelago. It’s economy relies mainly on tourism, meaning there’s no shortage of luxury accomodations along the coast.

Why you should go: English Harbor and the town of Falmouth are a famous yachting and sailing destination. The annual Antigua Sailing Week every April and May brings thousands of sailing enthusiasts to the island to compete. 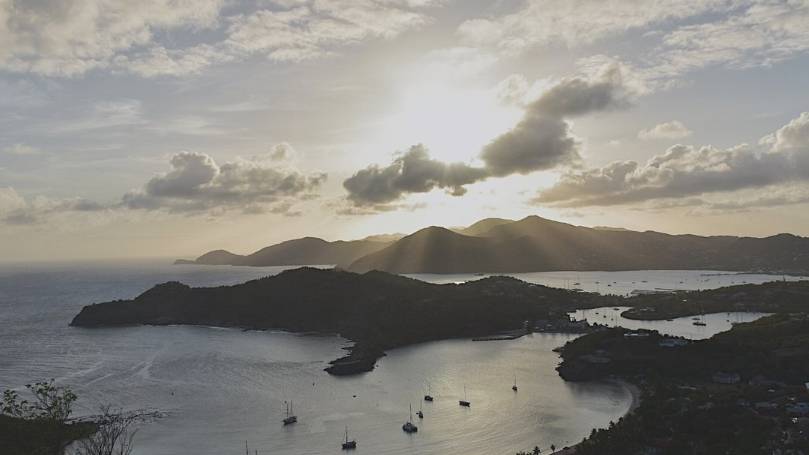 A British commonwealth state, this Caribbean island has a rich colonial history. Its capital, Bridgetown, was a famous British trading hub for many years, due to sugar cane and slavery. The city has maintained much of its colonial charm.

Why you should go: Besides the obvious gift of a plethora of beautiful beaches, Barbados offers travelers a dose of colonial charm. It’s also known for its lively atmosphere, friendly locals, and booming nightlife. If you’re looking for a true Caribbean “good time”, look no further than Barbados’s annual Crop Over Festival. 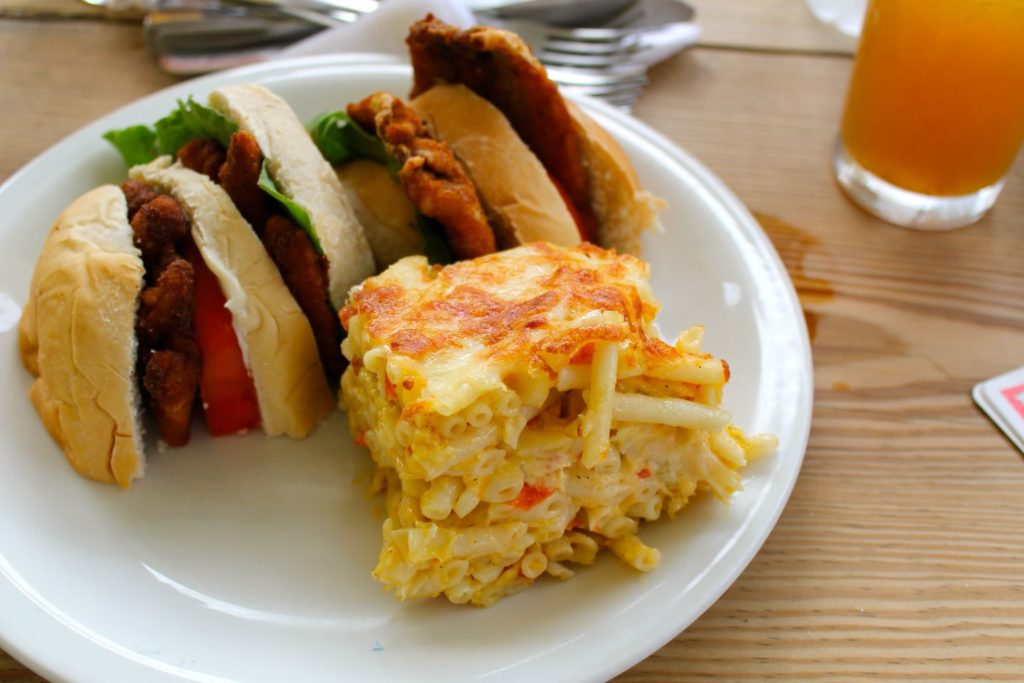 This Caribbean island in the Lesser Antilles is a Dutch constituent country. A true polyglot society, its official languages are Dutch, Papiamento, and English. Many residents are bilingual, and some also speak Spanish.

Why you should go: Visit for a diverse taste of culture, and equally diverse cuisine. If you are a water sports enthusiast, you’ll find that Curacao is a great place for windsurfing, kiteboarding, and kitesurfing, due to its warm weather and prevailing trade winds. The water around the island tends to be very clear, making it a prime place for scuba divers and snorkelers to catch a glimpse of colorful marine life.

5.6K
Lifestyle
Survey Reveals One Week of Vacation Isn’t Enough for Most People