Getting to know Aruba island

Getting to know Aruba island

If you have not heard of the magical haven that is Aruba Island in the Caribbean, it is time you get to know more about it. Aruba is a beautiful island, perfect for getaways that sits in the Caribbean and falls under South America. A flat isle in the leeward Antilles with scenic beaches that will take your breath away. The approximate Aruba size is 69 square miles.

Aruba is part of the Caribbean Islands popularly known as ABC due to their geographical placement. To the east of Aruba lies Bonaire followed by Curacao which makes the ABC islands. They are all popular tourist destinations.

What country is Aruba in?

What country is Aruba in? – For very many people, this is a very tough question since they figure it is just an island in the Caribbean. Aruba world map shows that the area is not very big, but that should not fool anyone. The island is full of charms that will have you coming back more times to experience the islanders’ way of life and unique culture.

Aruba is in the kingdom of Netherlands. It is one of the Caribbean Netherlands islands in the Sea. Citizens of Netherlands do not require visas to travel to the island which makes tourist activities in the region an all year round affair due to ease of access.

Even though it falls under the kingdom of Netherlands, the island has a system of governance in place. A king heads it. The capital of Aruba, a very developed city, Oranjestad. Money is another thing that Aruba does not share with Netherlands. Aruba money is known as Aruba Florin while in Netherlands the currency used is Euros.

As with most capital cities in other countries, Oranjestad is the most developed and largest city in the island. The economic development of the town and the island as a whole can be credited to the tourism industry since it is the most common industry.

Oranjestad is located south of the island, near the western part which makes it a prominent destination for tourists. The capital of Aruba is often referred to as Playa by locals, and it has the largest population on the Island. Many businesses thrive in this city, especially those that cater to tourist needs.

The official language of Aruba

Anyone traveling to a new place is always a little concerned about facing a language barrier. Many people dread situations where they cannot understand or communicate clearly. In most Caribbean countries, many people learn English since it is considered the language that most tourists use. In Aruba, some people know English. The official languages of Aruba are however Dutch and Papiamento.

Papiamento is the dominant language on the island. It is Creole that comes from a mixture of Spanish, Portuguese and African languages. To preserve the culture and language of the island, locals and the government put efforts towards acknowledging the importance of the language to the area. Dailies and books written in Papiamento are encouraged in the island.

Besides Dutch, Papiamento, and English, there are other languages used in the island by different groups since it is a diverse island. Spanish, French, Chinese, German and Portuguese are some of other common languages spoken on the island. The natural bridge Aruba was perhaps a fascinating attraction on the island. It was a massive bridge that formed naturally from limestone. The bridge was the main tourist attraction north of the Island until its collapse in 2005 which saw a drop in tourists visiting the north shore.

Despite the collapse of the most significant natural bridge, the island still manages to capture and amaze many people with its incredible destinations, sceneries and healing time. Aruba is a memorable place that will help you let go of all your inhibitions.

Why Aruba is a popular year-round destination

Some of the contributing factors to the popularity of Aruba include its features. There is a burst of unique cultural practices, diversity, sandy beaches, amazing cuisine and so much more. One of the main reasons why tourists flood the island all year long is because of its fantastic weather.

Aruba weather is everything you need to get a perfect tan that makes you feel so good about yourself. If you are looking for the ideal paradise to escape to, the temperature in Aruba will never disappoint. The warm, sunshine-soaked island guarantees an experience that you will live to narrate.

The warm weather in Aruba allows for not only tourism progression but also the evolution and survival of some unique animals on the planet. Animals like Aruba rattlesnake, Aruban whiptail, and Brown-throated parakeet have found a pleasant home on the island.

The primary type of vegetation in the island is xeric scrublands that are favorable to the climate of the region. Aloe Vera is the most popular plant on the island, and it contributes to the economy of the island considerably. Being a semi-arid island, cacti and thorny shrubs are also prevalent in the region. 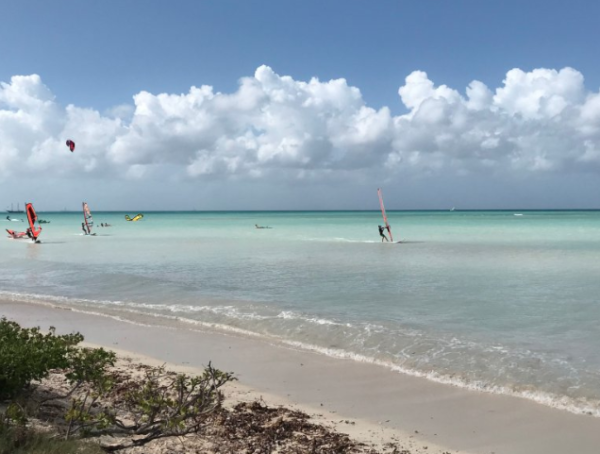 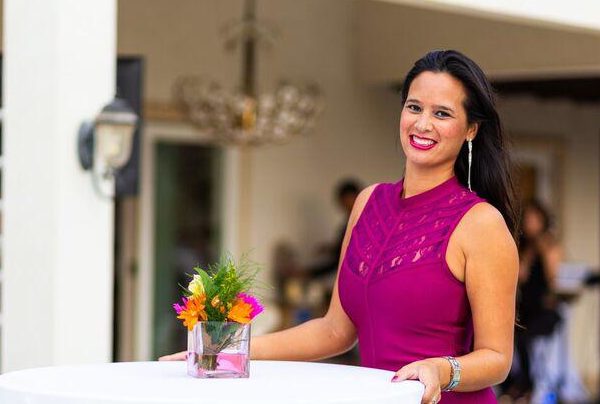 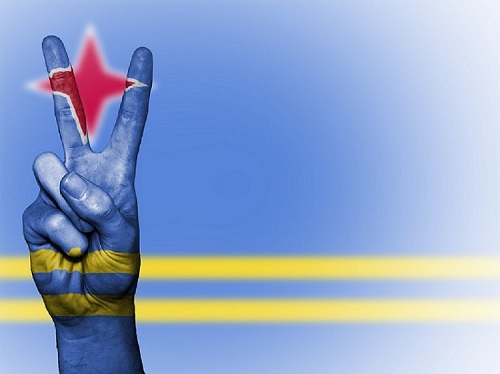 10.5K
Experience Lifestyle
One Happy Island: The Spirit of Aruba

[…] knows about Sint Maarten for the luxury and Aruba for the nice beaches but Curacao also has so much more to offer. Curacao has a lot to learn when it comes to service and […]