It can be difficult to pick just one or two Caribbean islands to visit, when there are so many inviting countries to choose from. In fact, there are about 7,000 islands in the Caribbean archipelago, including uninhabited ones.

There are 13 independent nations, and 12 dependent territories in the Caribbean. Its inhabitants speak 6 official languages among them, plus countless dialects and unofficial tongues. In all, this region is an incredibly diverse place, and has welcomed migrants from all over the world. The result? A melting pot with vibrant traditions and incredibly diverse cuisine and culture!

Obviously, it can be difficult to decide on just one or two countries to visit. We’ll narrow your choices down to the best of the best, and make your decision easier!

For US citizens, traveling to Puerto Rico or the US Virgin Islands is a breeze. All you need is some form of official identification. You won’t need a passport (unless government requirements change).

On the other hand, the easiest Caribbean island to visit for the first time may vary, depending on your budget and needs. Some travelers may opt for an island that’s easily accessible from their home country, one that requires the least amount of flying/boating to reach it. For example, those who live in the Netherlands can fly directly from Amsterdam to the Dutch Antilles (Curacao, Bonaire, Aruba).

See which Caribbean countries have English as an official language.

Turks & Caicos is known for being home to some of the world’s best beaches. If you’re looking for soft, white sand and incredibly clear turquoise water, you won’t regret your decision to visit this plural-island nation.

Grace Bay beach on the island of Providence currently holds the title of “best beach in the Caribbean”. In addition, it scored fifth place on Trip Advisor’s list of the best beaches in the entire world! In 2018, it was the best beach in the world according to TripAdvisor’s Traveler’s Choice Awards. Its 12 miles of beautiful white sand is the stuff of dreams.

Honorable mentions go to Antigua, with its 365 beaches, one for each day of the year, and the Bahamas, known for its pink sand beaches.

Unspoiled Dominica is one of the best Caribbean islands to visit in 2020 if you’re looking to see the best side of nature. Hotels and high rises are few and far between in this country, which takes great pride in preserving its forests, rivers, and coral reefs. Morne Tres Pitons National Park, designated a World Heritage site by UNESCO, is a hiker’s dream with its lush, green mountains, low valleys, and boiling lakes.

Other Caribbean countries with plenty of rainforests and national parks to explore include Aruba, home to Arikok National Park, and Belize, with its hidden Mayan ruins and mysterious Great Blue Hole.

Paramaribo, Suriname is the city for history lovers for several reasons. First, this city on the South American coastline was both a Dutch settlement, a French outpost, and an English town in the 1600s. Workers from all over the world were brought in to labor in the city’s plantations once slaves were emancipated, leading to an incredibly diverse population. For this reason, you’ll see everything from French forts, to Hindu temples, to a grand cathedral constructed entirely from wood in Paramaribo. The historic inner city is a UNESCO World Heritage Site.

Bonaire may be one of the smallest Caribbean countries, but it’s easy to see why it’s one of the best Caribbean countries for snorkeling and diving. Take a look at a map and you’ll see it’s surrounded by a protected marine park. This park, known as Bonaire National Marine Park, consists of 86 dive sites. It’s the oldest marine reserve in the world.

You’ll also love St. John, in the US Virgin Islands. Trunk Bay is known for sea turtle sightings. In addition, Trunk Bay has healthy coral and even a famous underwater snorkeling trail.

If you want to avoid storms completely while traveling to the Caribbean, you have two options. One is to travel the Caribbean during the dry season. However, keep in mind that this time of year (December to July) is when the tourist season is at its peak. The other option is to travel to a hurricane-free Caribbean country, like Bonaire, Curacao, or Aruba. These islands are located outside the Atlantic hurricane belt.

Barbados is big on rum, thanks to the island’s long history of sugar cane production. Bajan food cuisine, which combines African, Indian, Irish, Creole and British flavors, will tantalize your taste buds in a way you never thought possible!

In addition, Martinique, dubbed the “culinary capital of the Caribbean” will inspire you with French-Caribbean flavors. 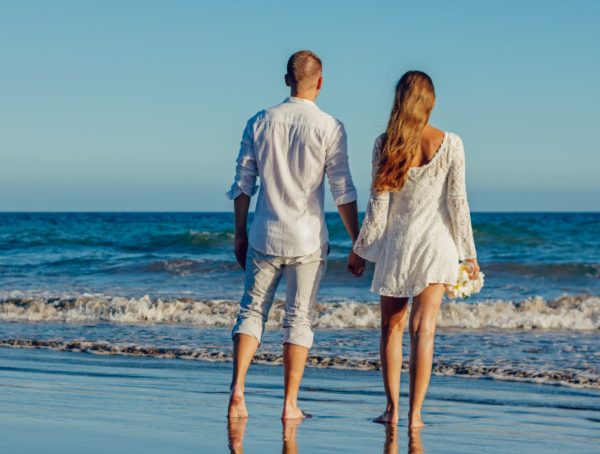