Are there sharks in the Caribbean?

There are several species of shark common to the Caribbean. The most common is the Caribbean reef shark. However, uncontrolled fishing has greatly diminished their numbers, putting them at near-threatened status. In addition, the destruction of their coral reef habitats has also caused their population to decline.

The Caribbean reef shark can grow up to about 5 feet in length, and feed on many types of fish and cephalopods.

Although the Caribbean reef shark isn’t normally a threat to humans, controversial “shark feedings” set up as tourist attractions have led to a few attacks. None were fatal. These sharks are known to become aggressive in the presence of food.

This Caribbean shark, known for its distinctive hammer-shaped head, are now an endangered species. Overfishing and low reproduction output have put global populations of the hammerhead shark in decline. They are highly migratory, which means that they are often passing through the Caribbean and do not stay in the same place for long periods of time.

Very few hammerhead shark attacks have been recorded, and most species are very small, with the exception of the great hammerhead. In the Caribbean, they stay mainly near coral reefs.

Tiger sharks are one of the largest sharks in the Caribbean. They can grow up to 16 feet long. They love warm water, and feed on turtles, other sharks, and even whales. Very common in the Bahamas, they are considered dangerous, because of their wide food spectrum. Tiger shark bites have been known to be fatal, although rare. Since they visit shallow waters, including reefs, harbors, and canals, they have a higher rate of interaction with humans. However, the bite rate is low. Tiger Beach in Grand Bahama even allows tourists to swim with female tiger sharks without using a cage for protection.

Nurse sharks are generally calm creatures that hang out near the bottom of the ocean. They feed mainly on crustaceans. Swimming with nurse sharks is a fairly common activity in the Caribbean, and bites are extremely rare.

These unpredictable sharks in the Caribbean Sea are known for their aggressiveness. There is a bull shark breeding area frequented by divers in Playa del Carmen in Mexico.

You should exercise caution when swimming with sharks in the Caribbean. Although this can be an extremely rewarding activity, it can also be dangerous. Always follow all the instructions of your guide, and never attempt to provoke or feed a shark. 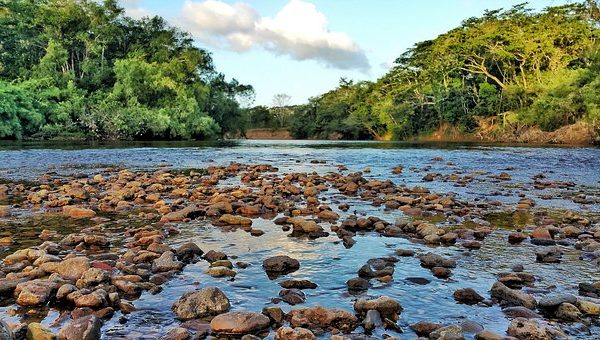