All About the Great Blue Hole of Belize

Named the largest sea hole in the entire world, the Belize Blue Hole, or the Great Blue Hole as it is often called, is a natural attraction that you simply must see to believe.

What secrets is the Great Blue Hole hiding within its mysterious navy blue depths? Let’s do a “deep-dive” into all the facts about this natural wonder in beautiful Belize.

What is the Great Blue Hole?

This incredible anomaly is actually classified as a giant marine sinkhole.  Scientists believe it was formed during the Quaternary glaciation, also known as the Quaternary Ice Age, between 153,000 to 15,000 years ago. During this time, sea levels were much lower than they are today.

How was the Great Blue Hole formed?

Essentially, the hole is a massive cave, complete with stalactites (scientists used these formations to date the cave). This type of formation can only occur above sea level on dry land. When the sea rose, the hole filled with water, thus become the Great Blue Hole that we can see today. 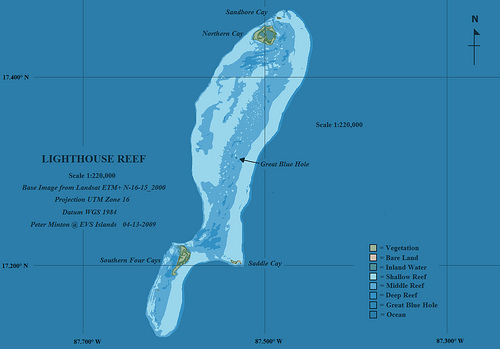 Where is it located?

Belize’s Blue Hole lies just off the coast of Belize almost in the center of Lighthouse Reef, an atoll in the easternmost part of the Belize Barrier Reef. This means it is about 43 miles (70 kilometers) from Belize City on the mainland.

The Belize Barrier Reef is the second largest barrier reef in the world. The largest one is Australia’s Great Barrier Reef.

Besides being breathtakingly beautiful, and the largest sea hole in the world, this blue masterpiece was named a World Heritage Site by UNESCO (United Nations Educational, Scientific and Cultural Organization). That means it’s protected by international treaties.

In addition, it was made famous by none other than Jacques Cousteau, a renowned explorer who made an expedition to the hole in 1971. He proclaimed it to be one of the top five scuba diving sites in the entire world! However, before Cousteau “discovered” the hole, only local Belizean fisherman knew of its existence, keeping its beauty a secret for centuries.

How did it get its name? 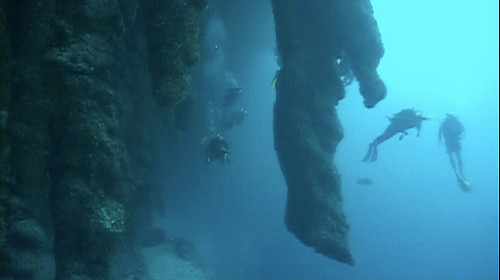 Can you swim in the Great Blue Hole?

This diving site is for experienced divers only. This is because the hole is very deep and complex to navigate. Most divers go with a group and an experienced Dive Master.

However, it is possible to snorkel around the rim, which is shallow enough and features coral close to the surface.

If you do decide to go, be prepared to pay a boat/tour fee and spend around 3 hours or more on a boat to reach the site. You’ll need to take safety precautions and go with a knowledgeable guide. Nonetheless, this is one experience you must check off your bucket list.

What’s inside the Belize Blue Hole?

First, you’ll see a sandy limestone rim around the hole. This wall is covered with coral until about 18 feet down. Then, it the wall becomes softer sand as you descend into the deep, dark abyss. Around 60 feet, you may see some Caribbean Reef Sharks!

At about 100 feet deep, you appear to be surrounded by cave-like formations. This is where you’ll see giant stalactites hanging over your head. There is not a large variety of marine life living in the hole, simply because the caves walls and ceilings prevent sunlight from filtering in. In fact, at its deepest places, the water in the hole becomes anoxic, which means there isn’t enough oxygen for creatures to survive on.

However, many divers have spotted Hammerhead or Bull Sharks in the hole’s crystal clear waters. 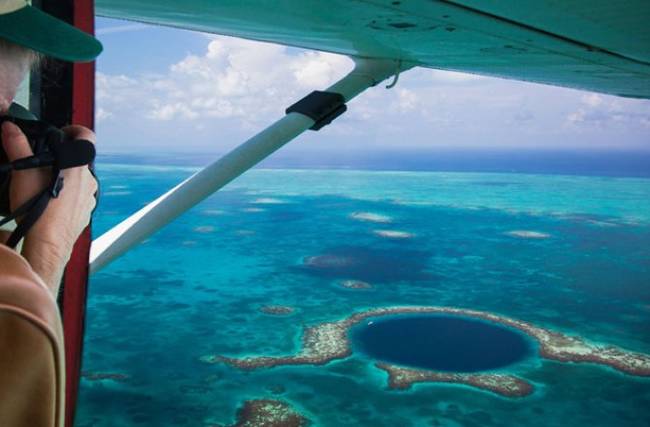 Other ways to see and explore the hole

You don’t have to go diving, snorkeling, or diving to see this masterpiece at its finest. You can soar above it in a helicopter or airplane tour!

In addition, you can book fantastic hot-air balloon tours to get a bird’s-eye view at a slower pace! Check out a few of the most popular and top-rated tours here.

Ready to check Belize and its fabulous Great Blue Hole off your list of dream vacation destinations? Be sure to check out our amazing list of the top things to do in Belize before you go.

Where to stay in Belize

Looking for somewhere to stay while exploring the Great Blue Hole of Belize? Make sure you find the perfect place to relax while you take in the splendor of this amazing Caribbean country.

Try a private Belize resort or reserve a secret, secluded island so you can enjoy a truly peaceful Caribbean vacation. 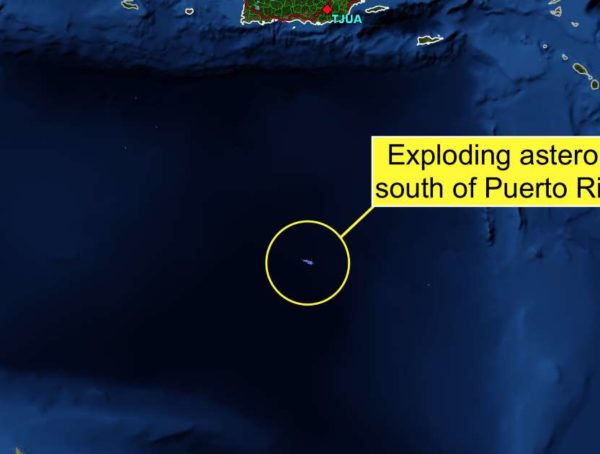 9.3K
Experience
Where to Find Mayan Ruins in the Caribbean

Nice and helpful post for me. Thank you so much for sharing.

This is really important for search engine ranking, however, the writer is a very well said on this topic.