In a move that shocked “traditional” fashionistas, nine-time Grammy winner Rihanna has launched her new fashion line without a fashion show, and outside the “normal” launch dates on the traditional fashion calendar.

Never one to blend in with the crowd, the singer turned business mogul has often donned extravagant costumes at the annual Met Gala.

However, the pop star’s line, called FENTY, will feature structured but at times oversized pieces in a mainly monochrome palette.

In a historic move, LVMH– owners of Louis Vuitton, Fendi, and Dior— announced that they are partnering with Rihanna to create their first new label in 30 years. However, the most astonishing fact of all is that the singer is the very first woman of color to have a high fashion luxury line. In an interview with Business of Fashion, she said, “Designing a line like this with LVMH is an incredibly special moment for us. Mr Arnault has given me a unique opportunity to develop a fashion house in the luxury sector, with no artistic limits. I couldn’t imagine a better partner both creatively and business-wise, and I’m ready for the world to see what we have built together.”

Instead of brick-and-mortar boutiques, FENTY clothing will be available through pop-up shops around the world. In addition, customers can purchase pieces easily online, starting May 29th on this website. When asked why she decided to forgo the “traditional” methods of distribution, Rihanna told the New York Times, “Because I’m a millennial … I hate seeing something on the runway and then having to wait six months for it.”

The online shop will offer ready-to-wear clothing, as well as sunglasses, jewelry, and accessories. The clothing will cater to the “thick and curvy” crowd, the body type that Rihanna herself identifies with. All items will be available up to a size 18. Unlike most pop-star created lines that focus on sportswear or casual clothing, FENTY will feature unique, elegant pieces that celebrate Rihanna’s Caribbean heritage.

As evident in her campaign video, Rihanna is aiming to do more than just create some pretty clothes. The short clip features straw huts like those once inhabited by slaves in Barbados. Models strut and pose in scenes from Bridgetown, where Rihanna herself grew up.

Born in Saint Michael and raised in Bridgetown, the star has been candid about her difficult past. Her father struggled with a drug and alcohol addiction, and her parents divorced when she was only 14. Nevertheless, she’s proud of her roots and her home country, Barbados. Therefore, it’s no surprise that she would feature historical Caribbean themes in her products and publicity.

Speaking with the New York Times, Rihanna explained that she aims for FENTY to be “as disruptive as possible. The brand is not traditional. There is no runway show. It’s a new way of doing things because I believe that this is where fashion is going to go eventually.” 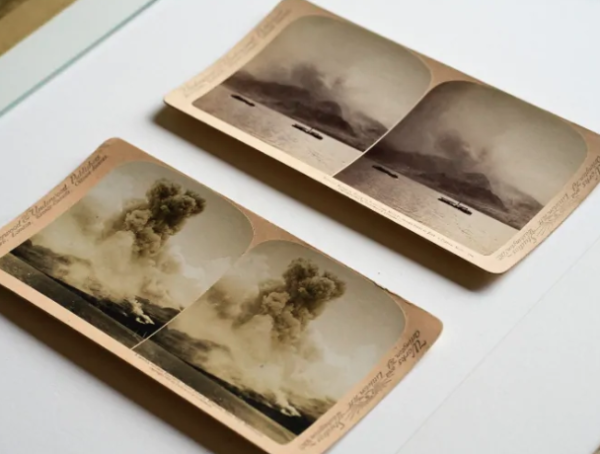