“The Legend of Cocaine Island” tells the true tale of a Florida man who attempted to sell illegal Caribbean “treasure” he found buried on an island.

Over 20 years ago, a Florida man stumbled across a bale of cocaine while living on the island of Culebra near Puerto Rico. Shocked by his find, he buried the illegal Caribbean “treasure” in his yard and returned to the US, telling no one.

However, years later, he couldn’t resist sharing the story of his uncanny find with his friends as they sat around a campfire, drinking beer. The stash of “white gold” would probably be worth around 2 million dollars, he said.

One of the man’s friends just couldn’t get the strange tale out of his head. Rodney Hyden was the president of a construction company and a family man. Hit by hard times and facing increasing debt, Hyden decided to go after the stash and attempt to sell it.

What happened next was a tale crazy enough to compete with the endless supply of true-crime docs on Netflix– so it’s no surprise that the popular streaming platform decided to pick up the story.

Hyden traveled to Puerto Rico with a group of men and dug up the forbidden stash of drugs. What he didn’t realize was that one of these men had tattled on him to police in advance, in exchange for leniency for a previously-committed crime. This led to Hyden’s arrest in 2012, and subsequent prison sentence of 60 days and 20 years probation. In addition, he was required to participate in community service with Habitat for Humanity, 20 hours a week for 5 years.

But the strangest fact about Hyden’s story was the revelation that his illegal Caribbean treasure wasn’t worth 2 million dollars. In fact, it wasn’t really worth anything at all. As it turns out, the duffel bag that Hyden found had been packed by law enforcement and wasn’t pure cocaine. Only 2.2 kilos tested positive for cocaine, which wasn’t even sellable.

Nevertheless, Hyden was still charged for attempting to sell illegal drugs that he assumed were worth a lot of money.

In a 2018 interview with Daily Mail, Hyden said he regretted letting his friend’s story tempt him into making such a bone-headed decision.

“‘Look, it’s the stupidest thing I’ve ever done in my life; I’m not proud of it,” he said. “How I didn’t see it, how I didn’t realize what was going on … but out of all the bad and the ignorance and the stupidity on my part, there has been some good from this story. I’ve helped a lot of families. It’s such a good feeling to build their home for them and then hand them the keys at the end; you both hug each other and start crying. It’s emotional. I love it; it’s made a better person out of me.”

Not all treasure found in the Caribbean is illegal. Read about some real buried treasure in paradise here. 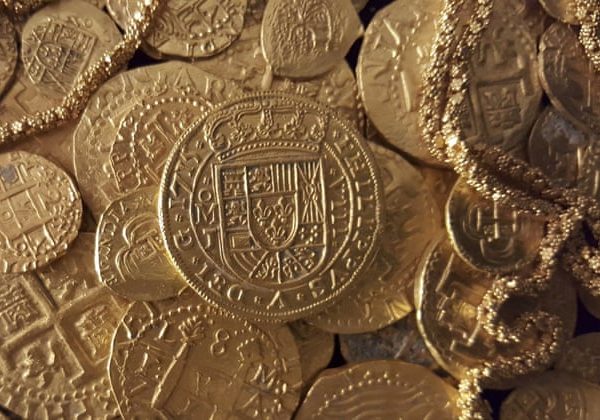