With all the negative news concerning relief efforts in the Caribbean after Hurricane Dorian, it’s nice to hear about a few good people who are willing to help.

Looking forward to her October wedding, 24-year-old Rikki Kahley made plans for the ultimate bachelorette party in the Bahamas. However, Hurricane Dorian crushed the islands just before her planned trip, leaving her thinking it might just be better to cancel.

Kahley called the Baha Mar resort in Nassau, where she had made reservations, with intentions to cancel. But the hotel ensured that the storm had left them unscathed, and they wouldn’t have any issues. Luckily, the storm had spared Nassau, along with about 14 other islands belonging to the Bahamas.

It took the girls three days to pack up all the donations that rolled in– clothing, personal hygiene goods, and non-perishable food filled the Kahley’s living room and kitchen. There were so many items, the Kahley family decided to ship some of them to the Bahamas later on. Delta offered to carry some extra luggage onboard for free.

Once the girls arrived, Baha Mar shuttled them and all the suitcases to the resort from the airport, and helped distribute the supplies to those in need. As it turns out, the resort had already set up a small charity foundation to help the islands battered by Hurricane Dorian. But they could hardly believe their ears when Kahley told them she wanted to pack donations instead of party goods.

4.8K
People
Woman is “seasick on land” for months, after cruising the Caribbean 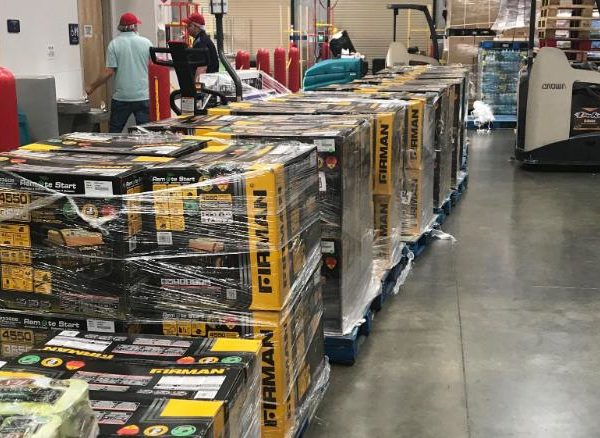 6.1K
Events
Man Buys 100 Generators to Send to the Bahamas

You might be surprised to know that only two billionaires reside in the Caribbean. Meet a couple of "crazy rich" …