Justine Skye is launching a new collab with H&M, featuring bold, bright prints, inspired by her Caribbean heritage and her New York hometown.

As if being a singer, songwriter, and actress weren’t enough, Justin Skye is now officially a fashion designer.

After weeks of dropping hints on Instagram, the singer has launched pieces that match her personality. The line will feature big, excessive prints, funky patterns, matching sets, and unique accessories.

In addition, four items will be emblazoned with “1995”– the year Skye was born.  These include a gray sweatsuit, perfect for lounging and relaxing, and a color-block biker short set, a great choice for exercising outdoors.

“I wanted it to have something that really related to [H&M’s] audience. I feel like a lot of people in my age range shop at H&M, so it’s just something that they can automatically connect to,” Justine told Teen Vogue. “When they walk in, they’re like, ‘Oh my God. I was born in 1995, too. That’s dope. I want to get that!’”

According to Skye, the gray “1995” sweatsuit is one of her favorite pieces. She says she got the inspiration to design it from an old picture of Princess Diana in a high-collar sweater.

“I love sweats,” she said. “I literally live in sweat pants so I wanted to make the perfect sweats that had the right amount of sag to it and comfort in the right shape so that it falls properly.”

Skye announced her fashion line with a video on Instagram, saying, “I’m so excited to share my new collection with H&M with you guys…it’s inspired by where I’m from.” She also expressed her desire to see her fans enjoying the outfits she has created.

Skye was referring to her hometown of Brooklyn. She was born in Brooklyn, New York on August 24th, 1995 to Jamaican parents. She is of Afro-Jamaican and Indo-Jamaican descent.

Her family owns property in Jamaica, and Justine visited the Caribbean country often during her childhood.

“I grew up going to Jamaica all the time,” she told Teen Vogue. “We have a house there, great properties. So we go…and it keeps my grandparents happy.”

The Jamaican-American singer didn’t have an easy start to her career. Her big break came when she was 16 accompanied her mother, an entertainment lawyer, to a music panel held by performance rights organization BMI. Skye shocked the panel by asking to sing. She then performed Sam Sparro’s “Black and Gold”. Apart from this incident, Skye gained notoriety on Tumblr and YouTube, and was eventually signed to Atlantic Records and later on, Roc Nation.

Her newest project, besides the collab with H&M, is Bare With Me, a six-track extended playlist.

If you’re into comfy yet stylish activewear and streetwear, you’ll most likely want to grab some of Skye’s collection before it sells out! You can find it in select H&M stores in New York City, as well as in the H&M online store. The line includes 17 pieces, priced from $4.99 to $54.99. 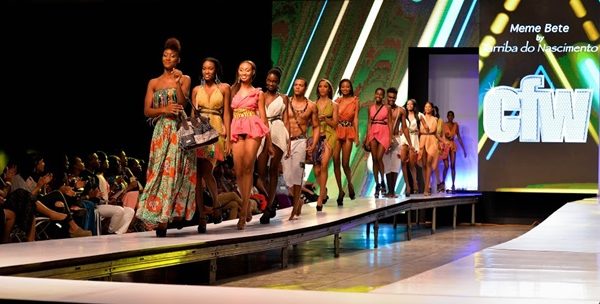 22.5K
Lifestyle
What is Caribbean Fashion?