Storytelling is a central part of West Indian culture. Caribbean folklore has evolved over the past centuries, passed down from generation to generation. Whether stories are told by grandmothers sitting on the veranda with their grandchildren, or shared with thousands instantaneously on the internet, it is extremely important for West Indians to keep their cultural traditions alive.

Although Caribbean folklore and stories vary across nations, some characters and plots are common to many West Indian countries. This is due in part to the fact that Africans were brought to the Caribbean to work as slaves in the colonial era. They brought their traditions and stories with them, passing them on to each new generation. Just like stories are important to African culture, so they are to Caribbean culture then and now.

Here are some examples of major figures in Caribbean folklore. Let us know which ones you’ve heard of in the comment section below!

The legend of the chickcharney originated in the Bahamas. This furry, feathered creature has the face of an owl, but it stands about 3 feet tall! If you come across a chickcharney and treat it well, perhaps by giving it a gift (like a brightly-colored object), it will bestow good luck on your life. However, if you mistreat it or make fun of it, you will get back luck. Some versions of the tale say that treating a chickcharney badly will make your head spin around to face your back.

Interestingly, a 3-foot tall species of barn owl once lived on the island of Andros in the Bahamas. Scholars suggest that this bird, called Tyto pollens, may have been the source of these stories. It became extinct during the 16th century when the Andros forests were cut down.

This mythical creature is half shark, half octopus. Said to lurk in the blue holes of the Bahamas, the lusca is just as scary as it sounds. It grabs swimmers with its tentacles and drags them down into the abyss. In some versions of the lusca stories, the creature is half octopus, half woman, and it entangles victims in its long hair.

The lusca has been linked to many sightings of sea monsters over the years. For example, blubbery remains of a giant creature washed up on a Florida shore in 1896, and some suggested it could be a real-life lusca. Dubbed the St. Augustine monster, the remains were later found to be those of a giant whale.

Anansi is a spider character originating from Ghana. He appears in many different ways and with different names across literature and oral stories in Africa and the Caribbean. As the keeper of all stories, he aspires to hoard all knowledge and wisdom.

Anansi is generally a wise, cunning character. However, he is sometimes portrayed as a trickster. Brought to the Caribbean by African slaves, Anansi stories sometimes inspired captives to join together to resist their captors.

The stories also had a moral function as well. They taught moral lessons, and often ended with a proverb.

There are many, many stories about Anansi, and some have been published in children’s books. They include the tale of how Anansi came to possess all the stories in the world, how he got a bald head, and why he runs on the surface of water, among others.

This creepy character from Caribbean folklore is half woman, half demon, thanks to deals she made with the devil. From afar, she appears very beautiful. However, she hides some hideous features: under her hat, a skeletal face, and under her skirt, a cow hoof.

La Diablesse lures men into the forest with her beauty. She then abandons them, so that they get lost, fall over a cliff, or are attacked by wolves.

Originating in Trinidad and Tobago, the tale goes that La Diablesse comes out at night when there is a full moon. Stories about her were often told to children to steer them away from bad behavior, or to young men as a cautionary tale against beautiful women with evil hearts.

Mami Wata is a mermaid-like creature, with a long fish tail and a human torso. As the protector of rivers, she sits on a rock and combs her hair with a golden comb. In some parts of West Africa and Haiti, she is a revered deity. Usually depicted with a snake around her neck, Mami Wata abducts travelers and drags them down into the water. Then she returns them to dry ground, usually wealthier and more attractive than they were before.

Papa Bois is a popular Caribbean folklore character in St. Lucia and Trinidad and Tobago. He is the counterpart to Mami Wata, guarding over the forests and animals. Sometimes he is depicted as an old man with deer feet and a beard made of leaves. In other stories, he is the husband of La Diablesse.

Bacoo are tiny, bearded men that take up residence in houses and can grant wishes. Tales about them are popular in Guyana and Barbados. Legend has it that if you treat a bacoo well, it will do your bidding. However, if you treat it poorly, it will torment you until you whatever it asks. They live up in the rafters or ceilings of a house and won’t leave until the owner of a house passes away.

In Guyana, these impish spirits are said to pelt houses with stones, or move objects around inside houses. Bacoo are sometimes blamed for strange incidents, such as the happenings in this article from 2018.

These are evil spirits or ghosts that appear in much of Caribbean folklore. In same countries, they are called “duppies”, and in others, “jumbies”. In any case, they are always malevolent, and may be the spirits of the dead. Some say that you can tell there is a duppy nearby when you feel sudden, unexplained heat or disorientation.

14.3K
Lifestyle
Are there snakes in the Caribbean? 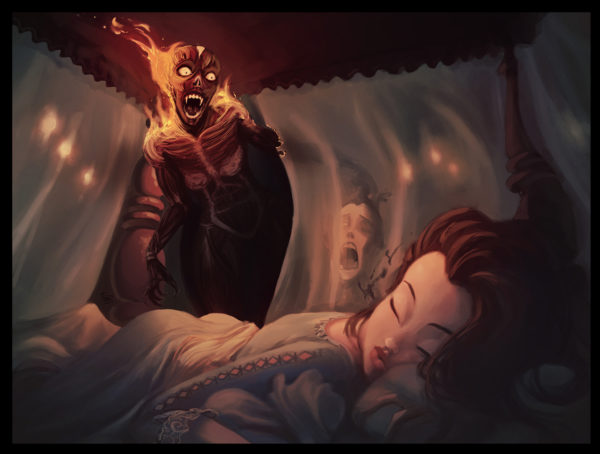