It’s difficult to get a good grasp of Caribbean culture if you haven’t paid a visit to all (or at least most) of the islands and countries in this region.

Many of us might think we know Caribbean culture just because we went to Jamaica last year on a cruise and danced to some reggae music. But sipping some rum or snorkeling in a Caribbean reef won’t give you a clear picture of the people who actually live in the Caribbean. We’re talking about the folks who call Caribbean countries home, and see it as much more than just a fantastic vacation destination (which it certainly is, of course!)

1. Caribbean culture was shaped by migration

In general, the inhabitants of the Caribbean are resilient, strong, and proud of their intricate heritage. They are the result of migrants from all over the world (plus native islanders like the Caribs) coming together and essentially creating a “mixed salad”. Most people do not know that many modern-day Caribbeans can trace their lineage back to a score of different countries.

2. Caribbean food comes from all around the globe

Like we mentioned above, the Caribbean is a melting pot of cultures. For this reason, Caribbean food cannot be tied down to just a handful of “typical” dishes. Caribbean cuisine weaves together ingredients found on the islands, plus all kinds of imported methods and flavors. You’ll see that the food is influenced by a plethora of other places, including Africa, Asia, and Europe.

Again, immigration has had a huge impact on Caribbean culture, and that includes Caribbean art. Therefore, paintings and sculptures reflect African, Hispanic, and European trends, to name a few.

Since the ethnic backgrounds of its people are so diverse, Caribbean art can’t be defined by just one style or practice. However, it can be said that its true beginnings are in the rock art and body paintings of the Arawak and Taino tribes, who were some of the original inhabitants of the Caribbean.

Today, “stereotypical” Caribbean art might be “naif” or “naive” paintings— works done by someone who supposedly has had little to no formal training. Or perhaps paintings featuring bright, vivid colors and coloquial settings are “typical” in Caribbean countries. However, many other forms of painting are popular in the Caribbean as well, such as surrealism and modernism.

4. Most of the Caribbean islands are uninhabited

Did you know that most Caribbean islands are devoid of any “culture” at all? That’s right– the majority of the Caribbean islands are uninhabited. That’s because there are at least 7,000 islands in the Caribbean Sea. Some are quite small, and some can’t sustain life. Many have been claimed by Caribbean, North American, or European countries. Furthermore, some islands, like Navassa, are subject to territorial disputes.

There are 6 official languages in the Caribbean:

In addition, you may hear other types of creole languages and less widely-used indigenous dialects spoken from time to time. Many people living in the Caribbean speak at least two languages– a highly advantageous skill to have! Check out the map below to see what languages are spoken and where.

6. Each Caribbean country has its own national symbols

Each Caribbean country is proud to display their own national symbols. In addition, there are some official symbols of the Caribbean region itself. They include the palm tree, the shell, and the parrot. Furthermore, many Caribbean symbols can be seen on national flags. For example, Anguilla proudly displays a pair of playful dolphins on its banner.

7. Caribbean culture has produced its own unique music

Like Caribbean cuisine, Caribbean music is the product of a melting pot of cultures. Specifically, African culture has been a major influence in shaping Caribbean music. Here’s a list of music styles that have originated in the Caribbean:

8. Many famous artists have come from the Caribbean

You might be surprised by just how many stars have roots in the Caribbean. Nevertheless, you’ve probably heard of some or all of the celebrities. Did you know they hail from the Caribbean?

Read all about these and other Caribbean celebrities here.

9. The most popular Caribbean sport isn’t played on the beach

10. The dominant religion in the Caribbean is Roman Catholicism

60% of Caribbean inhabitants identify themselves as Roman Catholic. About 25% say they are Christians or Protestants. Hinduism, Islam, and Judaism represent a little over 1%. In addition, other religions account for 15% of the population. These religions may include Rastafarianism and Creole religions like Santería and Vodou. 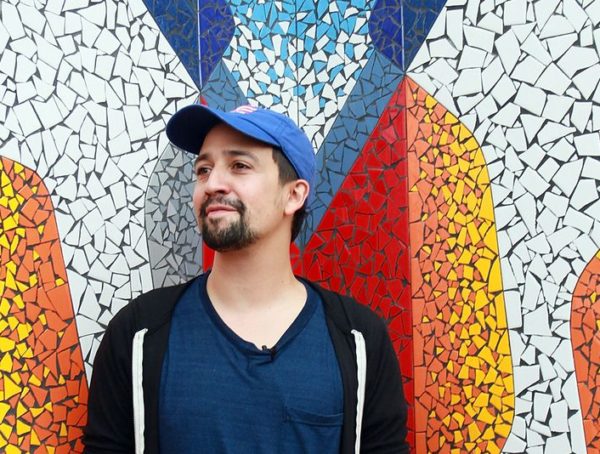 Wow, I didn’t know before that the Caribbean is where reggae and it many subgenres have originated. I’ve been tasked to prepare the entertainment for the Caribbean-themed anniversary party of my neighborhood association later in December. Perhaps hiring some performances from reggae artists would fit the theme well.