The Fabulous Pizza Boat of the U.S. Virgin Islands

Some like it with cheese, others like it with pepperoni. But we all like it hot. And better still, handed to us in the middle of the Caribbean Sea!

As the only “food truck boat” in the Caribbean, Pizza Pi has made quite a name for itself. It’s one of the highest rated restaurants in the U.S. Virgin Islands. And it’s a big favorite with both locals and newcomers. However, it doesn’t even have an official address!

Pizza Pi serves up hot pizzas every day from 11 am to 6 pm. Harbored in Christmas cove near St. Thomas, the floating restaurant has a small dining area aboard.

Ordering a pizza is easy. You can give them a call, or even contact them by boat radio. But getting to the pizzeria is another story. One option is to swim, the other is to reach them by boat. If you don’t want to rent or buy one of your own, you can book an excursion with a catamaran or sailboat that makes a stop there. (Here’s a list of their boating partners).

Lest you think this is just your run-of-the-mill pizza shop, take a look at their menu here. They’ve got everything from mango chutney pies to jalepeño pepper pizza stix. Better yet, they make their tomato sauce fresh!

And for those with allergies, gluten-free pie options are available.

The story of Pizza Pi

Pizza Pi was the brainchild of two Americans– Sasha Bouis, an MIT-educated mechanical engineer, and Tara Bouis, a teacher and chef. Sasha decided to leave Wall Street to become a sailboat captain. Tara left teaching to be a scuba instructor. After they met, they decided to buy an abandoned boat, on which to build a restaurant.

Shortly after, they returned to the U.S. to get married. According to the Pizza Pi website, their wedding registry was a list of tools & boat parts! They spent their honeymoon in the boat yard, cleaning and preparing their purchase. Eventually, they added a double-brick-lined pizza oven, hood ventilation, and solar panels.

However, it wasn’t until two years later that Pizza Pi was ready to go. Sasha and Tara went back to the States for pizza-making training, and then business began. Thankfully, their hard work paid off, and Pizza Pi has been a huge success! According to their website, the restaurant has “served over 7,000 pizzas to hungry boaters and for over three years has been continuously ranked amongst the top restaurants in the US Virgin Islands according to TripAdvisor.”

Today, Pizza Pi has some new owners– a couple who were once frequent customers! Heather and Brian Samelson bought the boat after it was posted for sale in 2018. They had purchased plenty of pies there before, and their daughter was a former employee. Heather and Brian are just as enthusiastic about the famous restaurant as its founders. And, according to TripAdvisor, the pizza they serve is just as good as ever. 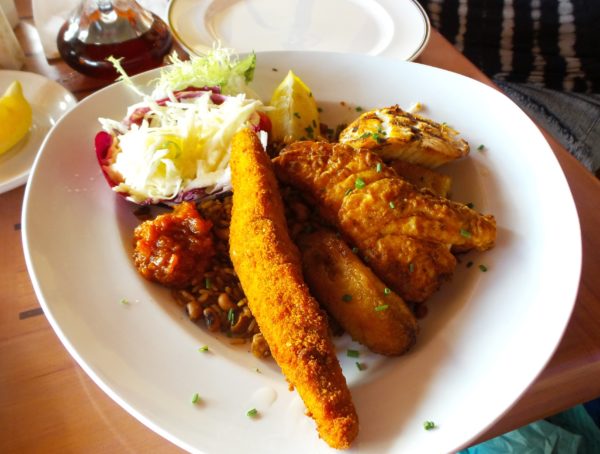 18.4K
Food
What is Caribbean cuisine? Your guide to Caribbean Food 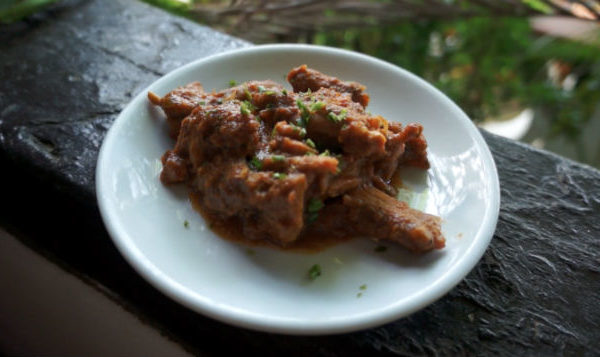 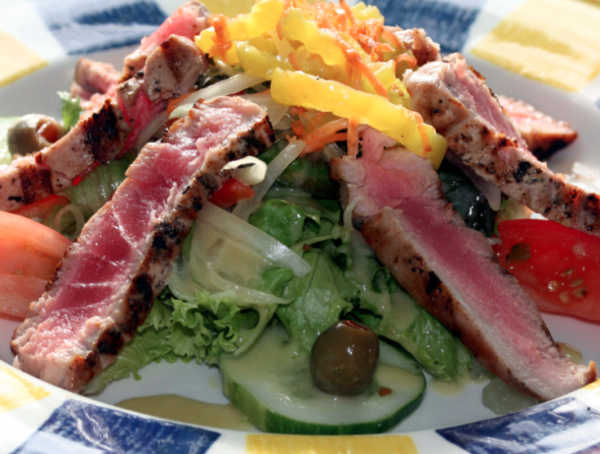 7.4K
Food
What to Eat in Anguilla