What It’s Like to Retire on a Caribbean Island

We’d like to guess that a majority of Americans, Canadians, and Europeans would love to retire on a Caribbean island. The very words sound exotic, and visions of endless lazy, beachside days flash through our minds.

But is it really possible to retire in style on a Caribbean isle? Or is it nothing more than a crazy passing thought?

According to RetireIntheCaribbean.com, the Caribbean “is not just a dream retirement location, but also a very practical choice.”

A practical choice? Well, it definitely can be! Here are a few reasons why:

Reasons to retire on a Caribbean island

Retirees on a Caribbean island

For Doug and Julie Lea, retirement in the Caribbean is their reality. Formerly residents of the US state of Virginia, the couple moved to the Grenadines in 2005.

They live high on a hill overlooking the sea, where they awaken to gorgeous seaside sunsets and the peaceful sounds of chirping birds and rolling waves.

“There is something magical about life here,” Julie told Market Watch. She had been dreaming about moving to the Caribbean ever since she first saw the islands while sailing in 1978. Her husband had hoped to retire in France. However, the couple decided on the island of Bequia in the Grenadines after realizing that life in Europe would include cold winters.

So, after scouting out the island during a few short trips, Doug and Julie picked out a house and made the big move they had been dreaming of for nearly 30 years. Julie is a painter, and set up her own art gallery on the island.

What it’s really like to retire on a Caribbean island

Doug and Julie don’t try to hide the fact that their lives in Bequia are drastically different from life in Virginia. In fact, they spend only about $2,000 to $3,000 per month.

That may sound crazy, but living in the Caribbean can be a lot cheaper than life in the US, Canada, or Europe. And that’s yet another reason why it’s so attractive for retirees. Of course, there are plenty of ways to spend more money on the islands, as luxury accommodations and restaurants are plentiful in most Caribbean countries. In addition, some imported products can be more expensive to purchase than they are in other countries. This is because it often costs more to ship them to the islands (no ground transportation!)

The Leas say they save money by using solar panels and trying not to eat out too much. They have their own vegetable garden in the yard, and wash clothes by hand or at the laundromat. Their frugal, simple lifestyle may not be for everyone, but they have decided that a busy, complicated life just isn’t for them.

What about healthcare and other needs?

Some wonder whether it’s a bad idea to retire on a Caribbean island because of a lack of healthcare. While it’s true that healthcare may be different in Caribbean countries, there is definitely quality healthcare available.

On larger islands, there are plenty of clinics and large hospitals, and some islands accept US health insurance. On smaller islands, hospitals fly patients by air ambulance to larger islands for major procedures. In any case, you should research the particulars of healthcare of the island you are interested in moving to before you go.

In Bequia, Julie Lea enjoys receiving care at the local clinic. She says that you can get minor treatments for free, but she and her expat friends like to leave a donation. She notes that she has always had a lovely experience, and staff has always been kind.

Julie’s expat friends sometimes travel back to their home countries for treatment, according to her interview with Market Watch. In addition, many of them live in Bequia for only a portion of the year.

If they plan to spend the rest of their lives on a Caribbean island, it’s certainly not a bad idea for retirees to obtain citizenship, which includes the right to vote, among other perks.

Doug and Julie are currently permanent residents of Bequia. She said it wasn’t difficult, but that there was a lot of “waiting around”. That’s no surprise considering the relaxed, slow-paced life on the island.

The right island for you

Before considering spending your retirement years in the Caribbean, you should find out which Caribbean island is right for you. Here are a few resources to get you started: 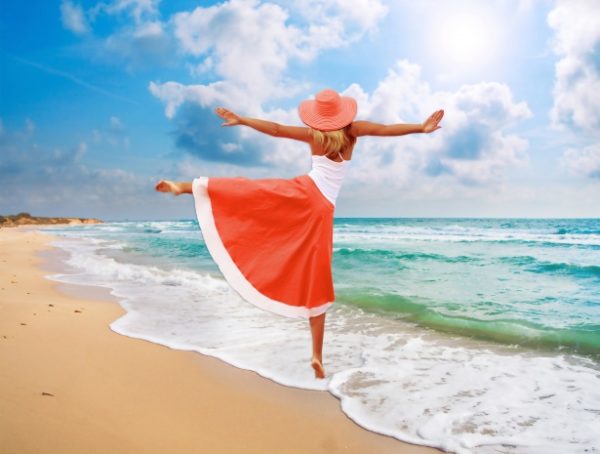 6.4K
Lifestyle
Could Caribbean Island Living Be for YOU?