Top 10 Things to Do in Santo Domingo

Santo Domingo is a vibrant Caribbean city brimming with tropical charm and Old World history. As the largest city in the Dominican Republic, it’s constantly bustling with activity. While there, you’ll find plenty of interesting souvenir shops, things to eat, and incredible things to do. Here’s our collection of the top 10 can’t-miss things to do in Santo Domingo. Make sure you cross at least a few of these off your list!

With its peculiar set of wide arches and striking pale stone facade, the Alcazar de Colon is a fascinating historical building that you can’t miss. The oldest viceregal edifice in America, it was built in 1510 and originally housed Diego Columbus. If that name sounds familiar, your hunches are correct– Diego was Christopher Columbus’s son. For over 60 years, it was the hub of Spanish court. It hosted important meetings pertaining to Spanish conquests in the Americas. Today, it has been beautifully restored, and was designated a UNESCO World Heritage site.

In addition, inside there’s a museum filled with artifacts, including an incredible collection of European Late Medieval and Renaissance art. Sculptures, furniture, and tapestries will help you imagine life in colonial Santo Domingo long ago.

This isn’t just your average garden–it’s a giant, lush tropical haven filled with exotic plants, birds, fish, and butterflies. Popular with locals with weddings, the garden provides the perfect place for a relaxing walk. A short train ride will take you from one side to the other, in case the long walk proves too taxing. Don’t miss the Japanese garden with its dreamy lotus filled pools and striking red bridges. This garden a wonderful, calm haven within a bustling city, and the perfect place to find peace and serenity during your vacation.

Spanish for “the three eyes”, this national park is bursting with breathtaking lakes scattered among limestone caves. It takes its name from the three lakes that are considered to be “the three eyes”. Go with a guide to learn the history of the park and the mysterious stories surrounding the natural landscape. In addition, you can take a boat ride across a lake.

This park isn’t far from the city center. Also, the entrance fee is very accessible. You can spend the whole day there exploring, or see the highlights in about three hours.

You can admire the building’s Neoclassical architecture from the front without going in, as you take a walking tour through the streets of Old Domingo. Or, you can book a tour guide for detailed information about the building’s storied past (it was once used as a theater and even a warehouse at one point).

Plaza España is a public square surrounded by historic buildings close to the Alcazar de Colon. There, you’ll find fascinating statues and picturesque historical buildings. It’s the perfect place to stroll around. Additionally, you can find a bite to eat and take a few instagram-worthy pics!

You’ll find Plaza España at the end of Calle Las Damas. It’s a huge space that used to be the main town square in colonial days. Occasionally, it hosts special events like concerts and fairs. Significant buildings surrounding the square include The Royal Dockyards Museum (next to Trujillo fortress and Puerta de la Atarazana), the Palace of Communications, and the Reserve Bank.

If you’re up for some shopping, visit Agora Mall in Santo Domingo. This huge shopping center has a plethora of shops, a food court, restaurants, and cafes. There’s also a garden, a fun park, and a supermarket. A large, complete mall, Agora has everything you might need (and want!), including exclusive high-end brands. Take the kids to have some fun at various family-friendly attractions, and end your day with a delicious meal at one of Agora’s eateries.

According to the government of the Dominican Republic, the monument contains the remains of Christopher Columbus. However, Spain has claimed that the real remains are housed in the Cathedral of Seville, and the Spanish government has carried out DNA testing to prove this fact. Nevertheless, Dominican authorities insist that at least partial remains are located at the lighthouse, although they refuse to do DNA testing to prove it.

Also known as The Cathedral of Santa María la Menor, this large structure is the oldest cathedral in the Americas. Begun in 1512 and completed in 1540, it reflects the Gothic style. The interior features an ornate Gothic ceiling and colonial oil paintings. In addition, you’ll find the tombs of several archbishops and the ancestor of liberator Simon Bolivar. The remains of Christopher Columbus were found there in the 19th century. As a UNESCO World Heritage site, this cathedral can’t be missed on your list of top things to do in Santo Domingo.

Juan Dolio is an easy-access beach close to Santo Domingo’s city center. It’s the perfect place to spend a relaxing afternoon. In addition, many amenities are located close by, including restrooms, restaurants and rental shops offering chairs and umbrellas.

7.6K
Travel
Dominican Republic Among Top 5 Most Beautiful Countries in the World

8.9K
Experience
Caribbean Wildlife: Top 7 Creatures to Meet While on Vacation in Paradise 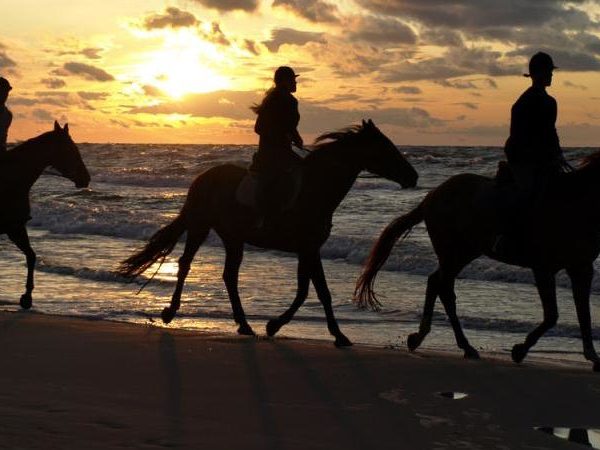