With just one swish of your hand, you can make the mysterious dark waters of this bioluminescent bay light up with a phosphorescent glow.

We’re talking about the Bioluminescent Bay in Puerto Rico. It’s one of only 5 surviving “glow in the dark” bays in the entire world.

Also known as Puerto Mosquito or Mosquito Bay, this unique body of water is thought to be the brightest bioluminescent bay in the Caribbean. It’s located in Fajardo, Puerto Rico. That’s one Caribbean destination that should be on everyone’s bucket list!

Swimming and Kayaking in the Bay

The best way to appreciate this glowing bay is by kayaking by night. Groups of kayakers paddle through the manglar “tunnels” and out into the open bay. Once you’re floating out in the middle with only the moon to light your way, you can swish your paddle or hand through the water and watch it glow. If your tour guide permits you to swim, you can jump out of your boat and surround yourself in the phosphorescent waters.

Why does the water glow?

It’s not actually the water that glows, but tiny single-celled microorganisms called dinoflagellates. When disturbed, they light up instantly and briefly, like tiny fireflies.

Contrary to the many (false) photographs you’ll find on the internet, the water does not actually glow in large bluish patches. However, capturing the “real” blue glow is next to impossible. Therefore, photographers promoting the bay have no choice but to doctor the pics a bit.

Nevertheless, you can be sure that the “real thing” is better than any photoshopped picture. It’s something that everyone must add to their bucket list and experience for themselves!

Other similar bays in the Caribbean

Mosquito Bay isn’t the only bioluminescent bay located in the Caribbean. In fact, three of the five glowing bays in the world are in Puerto Rico. They are Mosquito Bay, which is said to be the largest and brightest, Laguna Grande, and La Parguera. However, in recent years, and partly due to the effects of Hurricane Maria, many locals are reporting that La Parguera has become brighter than the rest. In any case, perhaps you’ll just have to add them all to your bucket list and compare them!

The other bioluminescent bay in the Caribbean is called Luminous Lagoon. It’s located in Jamaica, near the town of Falmouth.

Unfortunately, the reason why bioluminescent bays are so few is because of environmental and human factors that reduce the number of dinoflagellates in the water. For example, many of these tiny creatures have been destroyed by swimmers who enter the water wearing sunscreen or bug spray that contains harmful chemicals. For this reason, some bays prohibit visitors from entering the water.

In addition, these aquatic phytoplankton depend on nutrients produced by red mangroves. When the mangroves in Puerto Rico were hit hard by Hurricane Maria in 2017, many dinoflagellates didn’t make it, and portions of these bays went dark. However, after the storms, Puerto Rico created a unified conservation plan for all three bioluminescent bays. Recent reports indicate that these precious natural wonders are bouncing back.

5.6K
Travel
13 Reasons Why You Should Choose the Caribbean for your Next Vacation 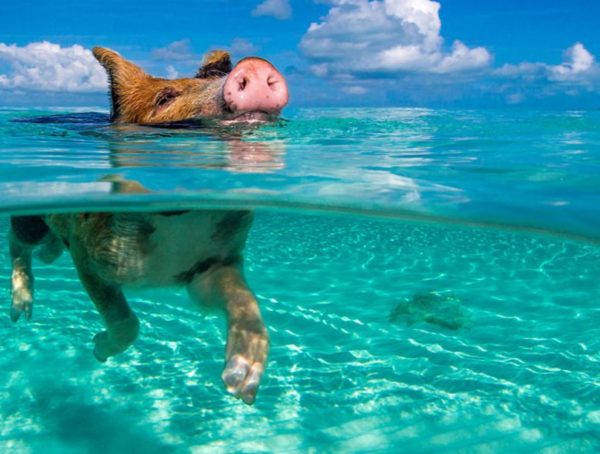 8.6K
Experience
6 Unusual Activities to Do in the Caribbean