The Swimming Pigs of the Bahamas: Where Did They Come From?

Made famous by TV shows and social media, the swimming pigs of the Bahamas are now a popular tourist attraction.

The turquoise blue water draws you in, the crisp ocean air fills your senses, and the sparkling white sand blinds you momentarily as it reflects the sun’s rays. This peaceful beach in the Bahamas is where dreams begin, and your worries end…. and then, suddenly, you hear the sound of obnoxious snorting and oinking. It’s a posse of swimming pigs, approaching in hopes you might toss some food scraps into their gaping mouths.

The swimming pigs in the Exuma Cays have practically become ambassadors for travel in the Bahamas. Made famous by Facebook, Instagram, and a brief stint on the Bachelor a few years back, these pigs are now a popular tourist attraction. However, they really have no business being on the beach in the first place.

About 20 pigs live on Pig Beach on the island of Big Major Cay in the Bahamas. The island is small, and the swine are its only inhabitants. The pigs generally lounge on the beach until boats arrive, full of tourists. As soon as they spot them, that’s their cue to amble into the water, squealing and snorting in anticipation. To the pigs, the arrival of tourists equals the promise of food.

Although there are doubts as to their exact origins, there’s no doubt that the pigs’ rise to fame is due largely to the media. After appearing in countless magazines, TV Shows, and selfie shots, the pigs practically became celebrities. Swimming with them and feeding them became a Bahamas “bucket list” activity.

And last year, someone even wrote a book about them, detailing their rise to stardom, and the impact that their fame has had on tourism in the Bahamas.

How the swimming pigs ended up on the beach

The true origin of the swimming pigs has been up for debate for quite some time. Some people say they swam there after a shipwreck, others say they were left there by pirates. There’s another story about sailors who left them there, planning to go back and cook them up, but they never returned.

Nevertheless, a Bahamian farmer named Wayde Nixon claims that he brought them there in the late 1990s. Worried about the supposed Y2K crisis, he decided to bring them to the island to serve as sustainable food supply. Luckily for us all (and for the pigs!) those crazy theories that the year 2000 would cause a worldwide computer crisis never came true.

How to visit the swimming pigs

To get to the original pig beach, you’ll need to head to the Northern Exuma Cays via speed boat or airplane. You can charter a boat from Nassau or from Georgetown on Great Exuma. Tour packages often include other nearby activities, like swimming with nurse sharks and snorkeling. Note that packages are mostly full-day excursions. Some tours include round-trip flights from Nassau, and many provide snorkeling gear.

In addition, there is a second pig beach closer to Great Exuma. After seeing how popular the original pig beach was, some locals decided to bring over some farm-raised swine and place them on the beach.

Things to know when visiting the swimming pigs

1. Only feed them approved food

Thanks to their growing popularity, the swimming pigs meet thousands of tourists each year, but not all visitors have the pigs’ best interest at heart. In 2017, nearly half of the pig population died, possibly because tourists fed them something poisonous.

“It could just be a horrible accident where they ate something poisonous,” said Kim Aranha, president of the Bahamas Humane Society. “It could be malicious but I don’t really see why someone would go out of their way to hurt those lovely animals.” Later on, an official autopsy report showed that the deaths were most likely due to sand ingestion.

In response to the tragedy, the Bahamian government placed restrictions on pig feeding in order to protect them. If you want to feed the hogs, give them fresh water, fruit, and vegetables. Feed them in the water, and not on the beach in order to prevent sand ingestion.

2. They are larger than you think

Most of the swimming pigs are massive– weighing around 400 pounds. You may have seen cute little swimming piglets on social media, but the reality is that most of the pigs are large, fat adults. The reason for this is that the smaller pigs are bullied by the larger ones, and don’t get enough to eat. So, at least in the case of the second, “artificial” pig beach, piglets are kept on a farm until they are big enough to fend for themselves on the beach.

3. The pigs can be aggressive

Since they’ve learned to take their meals from tourists, the hogs have to compete with the others to get their fill. That means that they’ll probably chase you if you’re carrying food. If you don’t want that to happen, simply avoid feeding them.

On a few occasions, the pigs have been known to bite tourists. This is usually because they have teased them with food, gotten them drunk with rum, or tried to ride them. To avoid accidents, follow your tour guide’s instructions, and maintain your distance from the animals. Be respectful, and remember that the hogs are wild animals, not trained pets.

Some people have complained that the pigs poop in the water, or that they look dirty or smell. Yes, all of those things are true. But can we just take a moment to remember that these are not puppies? They are PIGS!

With your swimming pigs excursion comes the inevitable reality that the animals won’t be 100% pleasant. Nevertheless, they’ve maintained their popularity anyway. So if you decide to visit them, do so with the knowledge that they are going to be their happy, messy selves– but you’ll get that great Instagram pic regardless.

Ready to plan your trip to the Bahamas to see the swimming pigs? See top Bahamian rental villas here! 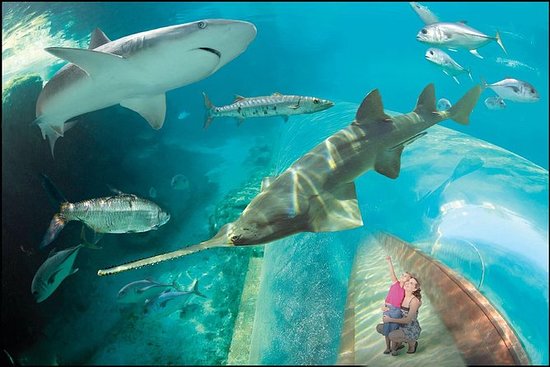 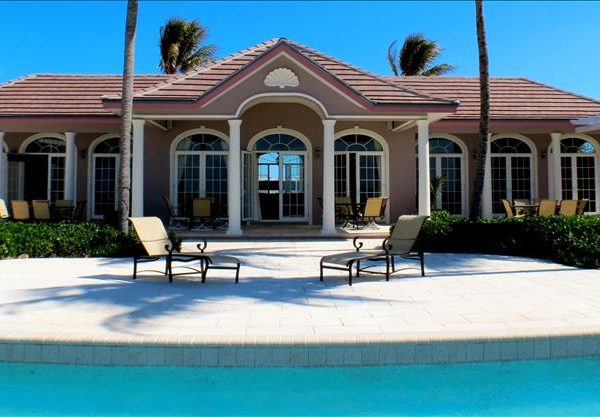