The Best Things to Do in Nassau

Let’s take a gander at the beautiful capital city of the Bahamas: Nassau. Whether you’ll be spending all your Caribbean vacation days there, or just a few, there’s plenty to do in this populated city.

There are also a few very unique finds here in the Bahamas: one of the best things to do in Nassau is to swim at the famous pig beach. You can actually swim with wild pigs there!

So, take a moment to check out our list of fabulous things to do in Nassau before you head out on vacation.

But first, here’s a bit of background information about the city formerly known as Charles Town. Founded in 1670, the city was erected by British noblemen on New Providence Island.

However, in 1864 it was burned down by the Spanish. When the British rebuilt it in 1695, they renamed it Nassau in honor of the Dutch ruler William III, who belonged to a branch of the House of Nassau.

Today, it’s a bustling, attractive port city offering both modern convenience and old-world colonial charm. The harbor is still quite busy today as it ever was, with the exception being that now cruise ships make up a large part of the sea vessels that arrive at harbor, instead of merchant ships.

The weather in Nassau is pretty uniform all year long. Its climate is described as “tropical monsoon”. In the summer, the temperature can reach up to 90 degrees, temperatures hover around the 80s.

The best things to do in Nassau

Wondering what you should plan to do in Nassau during your trip? It’s always a great idea to plan ahead. Check out our list of the top-rated activities according to tourists below, divided by general location:

This is the place to shop, dine, and take a stroll through culturally and historically significant landmarks. The Bay Street thoroughfare and the Woodes Rogers Walk are two popular places to pass the time.

Pompey Museum of Slavery and Emancipation at Vendue House

Vendue House, built before 1769, was a marketplace for slaves until the late 1800s. Since 1992, it functions as a museum commemorating the bravery of slaves such as Pompey, its namesake, and their fight for emancipation.

This beautiful cathedral is well-restored and still holds services on Sundays. You can also visit it during the week to gaze on its wonderful stained-glass windows. Memorial plaques on the walls tell stories of life in Nassau during the 1800s. It doesn’t take long to explore, so this church is well-deserving of a place on your list of things to do in Nassau.

This library is the largest and oldest one in the Bahamas. The building it is now housed in was once a jail, built in 1797. It became a library in 1873. However, you can still see the cells that once kept prisoners–now they are filled with books and historic documents. 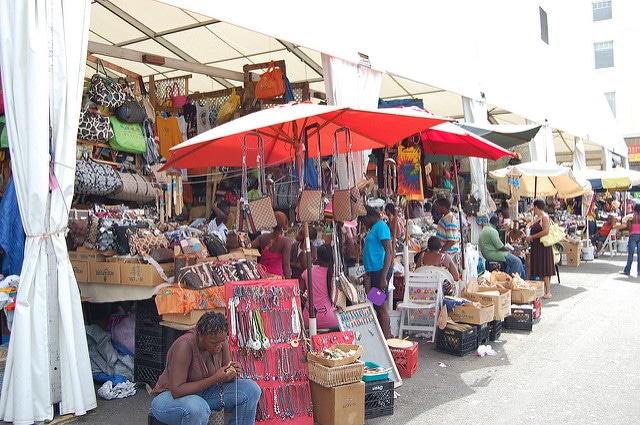 This is a large open market with plenty of Bahamian food and craft stores. It’s very popular with tourists. Besides being a great place to find a souvenir, it’s a great place to get some fresh air, since it’s an open-air market. Unfortunately, a 2001 fire destroyed the original market, called the Fish, Vegetable, and Straw market. The new Straw market was built in 2011.

This is a wax figure exhibit and history museum detailing the life of pirates in and around the Bahamas. It’s a great place to take the kids for a short excursion, with plenty of “photo-ops” to be had.

The Heritage Museum of the Bahamas

Located on West Hill St. in Nassau, this museum of Bahamian history is still fairly new. It was built in 2014 and contains an impressive number of historical artifacts dating all the way back to prehistoric times. You’ll learn about the piracy era, plantation life, slavery, island life in the 1900s, and everything in between. The oldest artifact in the museum is a piece of meteorite, purportedly 4.5 billion years old. 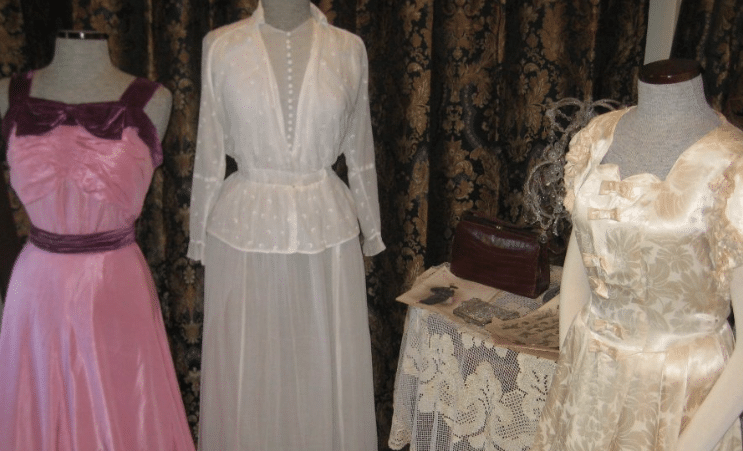 Dresses in the Heritage Museum, Nassau

The most popular beach in Nassau by far is Cable Beach. With crystal clear water and delightfully soft sand, it’s one of the best beaches in the Bahamas.  Many hotels and resorts are nearby. Because the waters are generally calm, it’s a great beach for swimming, sunbathing, and water sports like paddle boarding.

A popular stop for those who visit Nassau during a cruise, this island offers a plethora of tours and excursions. You can swim with dolphins, go snorkeling, lounge on the beach, or even see some stingrays or sea lions. A short 30 minute ferry boat trip will get you to the island and back.

The Cloisters is the remains of a 14th century French monastery and a must-see on our list of things to do in Nassau. Now owned by the Four Seasons Resort, it was brought stone by stone to the Bahamas in the 1920s by newspaper baron William Randolph Hearst.

The site features lovely architecture, a breathtaking backdrop of the Nassau harbor, and Versailles-style gardens. Some parts of the garden are private, so be sure not to walk past the “no trespassing signs”, unless you have obtained permission from Four Seasons staff (some visitors have purportedly been able to do so). 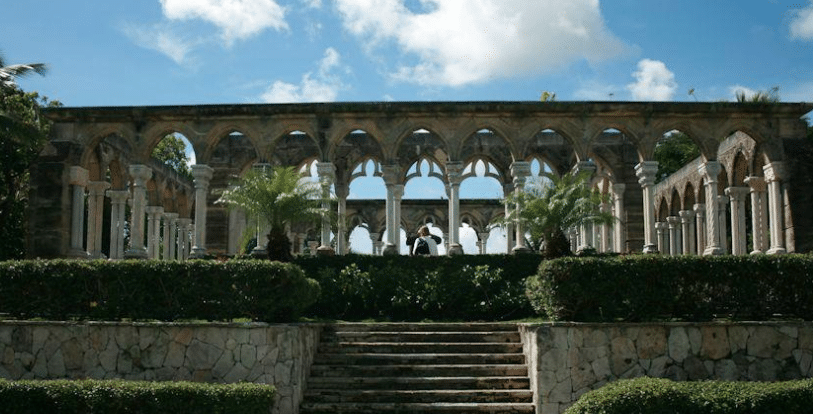 The Queen’s staircase is a set of limestone steps built by former slaves to thank Queen Victoria for her help in abolishing slavery in the Bahamas. At the top of the stairs, you can access Fort Fincastle through a small straw market. You’ll also get a great view of Atlantis from the hilltop.

You won’t want miss this addition to our list of the best things to do in Nassau, especially if you can get one of the locals or a tour guide to tell you the inspiring story behind the steps. 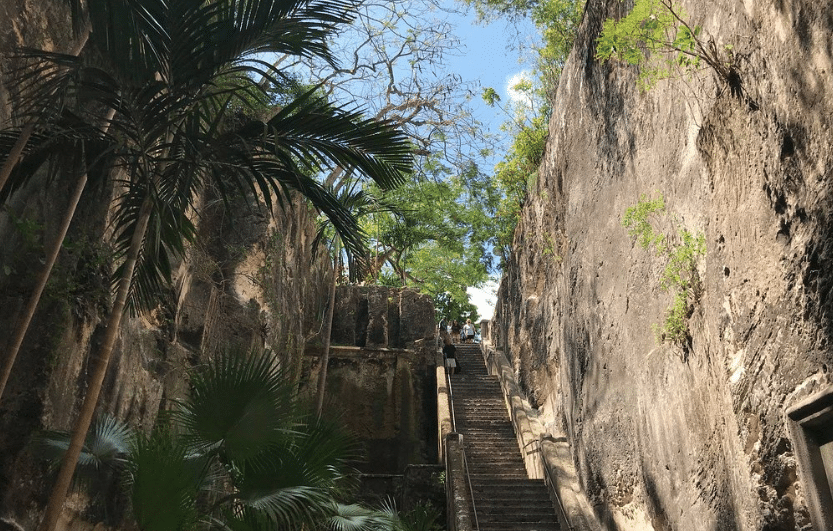 Headed to the Bahamas? Check out Bahamian Cuisine: The Best Places to Eat in the Bahamas.

5.8K
Lifestyle
Survey Reveals One Week of Vacation Isn’t Enough for Most People