If there’s just one thing the Caribbean nation of Turks & Caicos is known for, it’s beautiful beaches. Even though the islands that make up this tropical country are small, they have plenty of sandy shores to sink your toes into. Here are the 10 best beaches in Turks & Caicos for 2019:

Located on the island of Providenciales, Grace Bay has 12 miles of soft, white sand. It’s the stuff of dreams. However, you could easily turn your dreams into reality by planning your vacation in Providenciales this year. We’ve got the luxury accomodations you need to make your vacation the epitome of perfection.

Coming in close second on our list of the best beaches in Turks and Caicos is Leeward Beach, on the east end of Providenciales. This beach usually has less traffic than Grace Bay, so you’ll most likely be able to find a secluded spot to hang out.

Like Grace Bay, Leeward Beach has spectacular soft white sand that stretches on for miles and miles. In addition, its calm waters are neon turquoise in color, thanks to the presence of limestone particles in the water.

Long Bay Beach is the perfect place to float in clear, calm water and just forget about the world. With few buildings nearby and very shallow water, Long Bay is the definition of tranquility. Located on the island of Providenciales, it’s on the opposite side of the island to Grace Bay.

One of Long Bay’s claims to fame is horseback riding. You can book a ride with Provo Ponies and trot down the beach and through the turquoise waters. According to the Provo Ponies website, the friendly horses “LOVE the water.”

Located on the island of North Caicos, Sandy Point is famous for sand bars and shallow waters. It stretches about 2 miles long, and is within walking distance of the marina. Interestingly, its landscape has changed in recent years. Because the northern end of the channel between North Caicos and Parrot Cay has filled with water, Sandy Point now has many sand bars that allow you to feel as though you’re walking on the ocean.

Some parts of the beach area bit rocky, and there are plenty of interesting areas to explore. You may see many different species of birds nesting among the rocks.

Although not technically a sandy beach, this incredible lagoon has rocky cliffs and stunning turquoise blue water. It’s the perfect place to rent a kayak and explore. You can paddle all the way out to the tiny islands in the center of the sound, and enjoy the calm serenity of unspoiled nature.

There is also an airplane crash site to explore while snorkeling. In addition, you can find many species of birds nesting at the water’s edge, and watch tiny lizards scuttle among the rocks.

Some of the best beaches in Turks and Caicos are a little more secluded. That’s the case with Malcom’s Road Beach. Getting there could be a chore, but if you’re up for it, it’s a treat! Known for great snorkeling, Malcom’s Road Beach is a bit rocky and has plentiful coral. Since the water is extremely clear, it’s easy to catch a glimpse of colorful tropical fish and sea turtles.

Due to the fact that the road to the beach is bumpy and full of potholes, not many travelers make the trip. However, that’s good news for those who love a secluded beach– this one is never crowded. In fact, you may even have it all to yourself. As a western-facing beach, it is sheltered from the east winds that plague eastern-facing beaches during the winter.

Despite the fact that there are rocky parts and coral reefs, this beach also has plenty of soft sand to stretch out on. Bring your snorkeling gear and pack a lunch, since there are no restaurants nearby. If you go, be sure to visit nearby Pirate’s Cove, a remote spot with a pirate cave.

This sandy treasure is located on the island of Grand Turk. It’s secluded, shady, and never crowded. The water is shallow and clear well out into the ocean, making it the perfect place for a calm walk or a swim. The soft, sandy bottom won’t bother your bare feet, although there are a few rocky areas that are great for snorkeling.

Interesting things to note about this beach are the abundance of sea glass, and the mysterious, rusty old ship sitting on the shore. The beach is also home to some friendly donkeys.

Cruise ships dock just a short walk away, but most cruise ship travelers head to other areas, leaving Governor’s Beach nearly empty, even in high season.

On Salt Cay, the tiniest inhabited island of Turks and Caicos, you can find a few unspoiled, secluded beaches. Since only around 100 people live on this island, there’s none of the tourist development you’ll see on Providenciales or Grand Turk.

North Bay Beach is the prettiest beach on Salt Cay, and apart from a few rental villas located nearby, it’s quiet and deserted. Its waters are generally calm, since it is not affected by the strong eastern trade winds. You can explore nearby coral reefs, and you may even see humpback whales during the winter.

This 3 mile-long beach is the best beach on the island of Middle Caicos. It boasts limestone cliffs, hiking paths, and a small cave. Although it’s not the best for swimming, it’s a unique, beautiful place to explore.

Rounding out our list of the best beaches in Turks and Caicos is Bight Beach on Providenciales. It has some of the best reef snorkeling in the country! Besides colorful fish, you can see turtles, sting rays, and eagle rays in the crystal clear waters of Bight Reef. 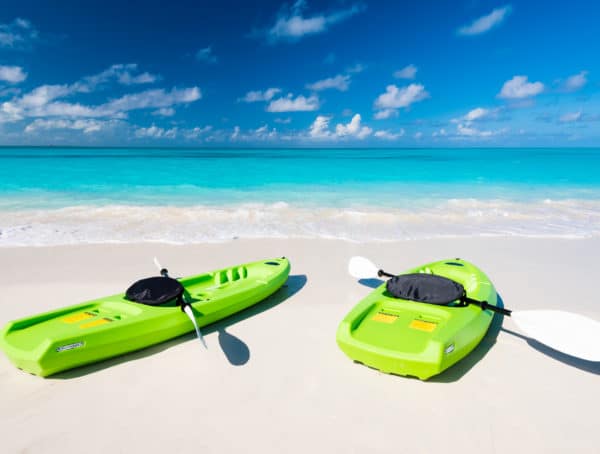 7.1K
Experience
Things to Do in Leeward Settlement, Turks and Caicos 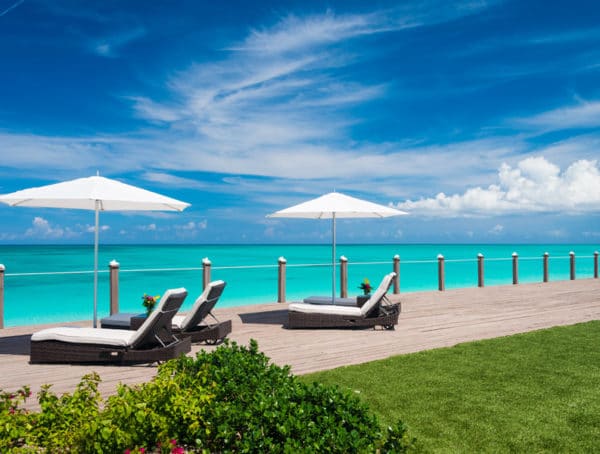 5.3K
Experience
A Beach Getaway in Providenciales (Turks and Caicos)