Much more than just a cruise-ship stop, Bridgetown offers a unique mix of contemporary comforts and colonial charm. Here are several ways to explore the capital of Barbados and soak in some of its rich history.

A walk through history

Long ago, Bridgetown was Britain’s most lucrative Caribbean port. Sugar cane was planted and sold, and unfortunately, so were slaves. At the Careenage, the city’s popular waterfront area, a plaque commemorates the Africans who were brought there and sold to work on plantations. It honors those who fought to abolish this horrific practice as well.

The Careenage became England’s most important harbor, as mercantile boats stopped there to rest and be cleaned during their long journey across the Atlantic.

Today, it’s a place for tourists to stop and admire the view, and perhaps snap a photo or two. Also, it’s where they go to stroll the boardwalk and admire a backdrop of colorful houses and ships, small and large, coming in to the harbor. 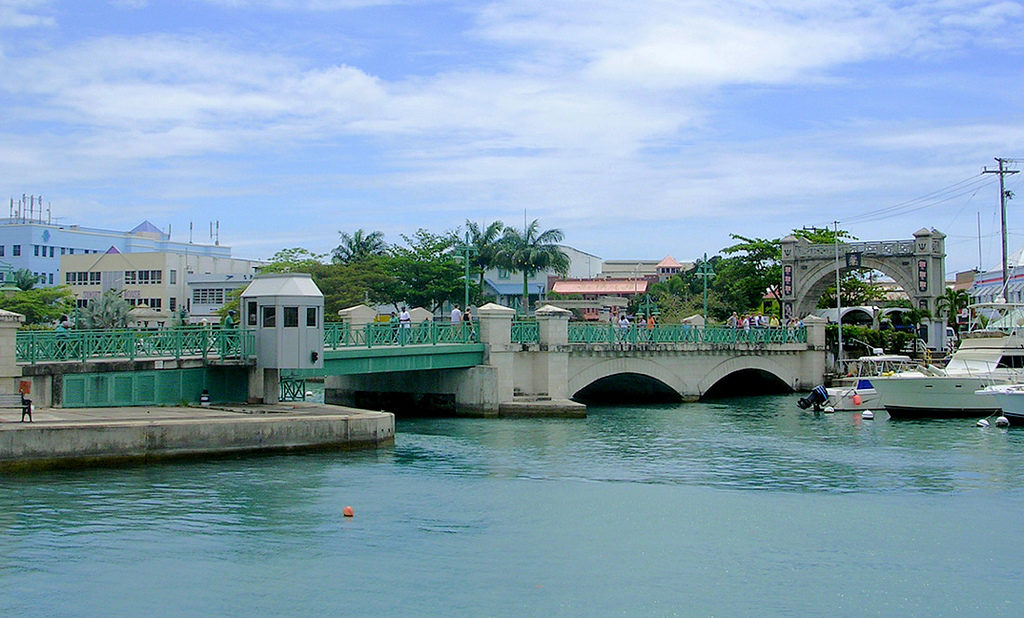 As you walk, you might imagine what life was like there three centuries ago. Bridgetown’s street plan was designed in 1657– and it hasn’t changed too much since then! For that very reason, Bridgetown won a place on the UNESCO World Heritage List of 2012.

Cafés and restaurants line the area, welcoming you to step in out of the Caribbean sun and try some local fare. There’s nothing like some fresh-cooked seafood and a chilled drink on a warm day. We hope you’ll spend more than just one day in Bridgetown. It’s certainly worth your time.

The birthplace of rum

The citizens of Barbados will tell you that rum was discovered on the corner of Roebuck and Palmetto Streets. Back in the 17th century, a man known as Captain Rumball owned a tavern there.

One day, while searching for an empty shipping barrel, he found one with an overbearing stench of alcohol. The barrel had apparently been filled with sugar cane, and had fermented over time. However, the drink was tasty and strong enough that Captain Rumball began to sell it in his tavern.

Nowadays, you can find plenty of rum all over Barbados, and throughout the Caribbean. And while you’re sipping it, be sure to try some typical Bajan cuisine. If you’re looking for something historic, there’s a restaurant called Mustor’s on McGregor St. One of the city’s oldest restaurants, it’s the perfect place to get authentic Bajan food like cou cou and flying fish, which is Barbados’s national dish. 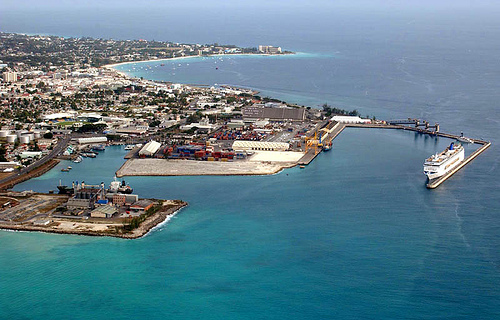 Shopping through the centuries

Centuries ago, Broad Street was the trading hub for merchants. Today, you’ll still find plenty to buy there– except that now this historic road is lined with duty-free shops and inviting restaurants.

Nearby streets also each have their stories: Swan Street was a popular place for Jewish merchants to sell their wares. Busby Alley hosted freed African sellers, who offered baked goods. Today, you’ll find plenty to buy on both of these roads, although the sellers now come from all walks of life. Along with souvenir and clothing shops, you’ll pass plenty of cart vendors hawking produce, food, and coconut drinks.

On Synagogue Lane, a stately building stands as a testament to the perseverance of Sephardic Jews who escaped persecution in the 1600s. Fleeing the oppression of Dutch Brazil and the Portuguese Inquisition, many settled in Barbados and other Caribbean countries. They built the Nidhe Israel Synagogue in 1654. Today, it’s the oldest Jewish synagogue in the western hemisphere.

The building is also home to the oldest mikveh in the Americas. A mikveh is a pool filled with fresh groundwater in which married Jewish women would wash themselves after menstruation to restore purity. There is also an ancient cemetery, and a modern building housing a small museum. 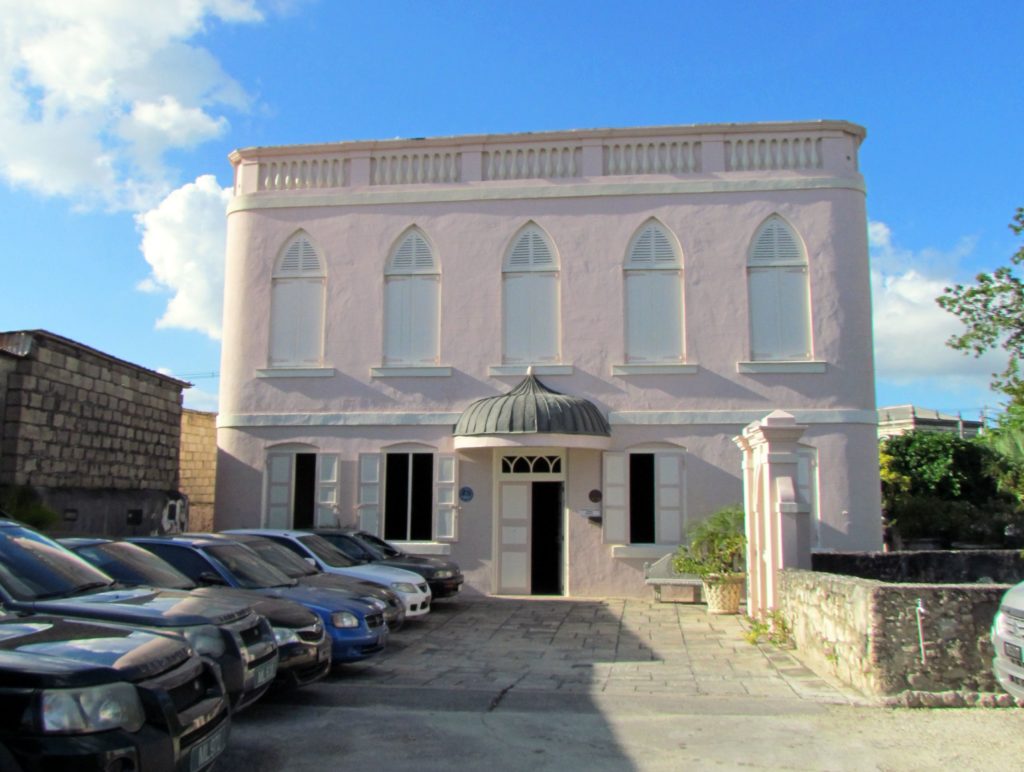 The museum showcases the images and video stories of the Jewish immigrants who settled in Barbados. You can also view centuries-old artifacts that will give you a glimpse of what life was like in Bridgetown so many years ago. Placards chronicle the timeline of Jewish settlement, and explain their role in bringing sugar cane cultivation to Barbados.

Nearby, St. Mary’s Church sits behind a towering old tree. It is one of the oldest churches in the city, and is the burial site of Samuel Jackman Prescod, a hero of Bajan history. Prescod was the first non-white man to be elected to the House of the Assembly. After entering Parliament in 1843, he helped gain the right to vote for free blacks. His portrait can be seen on Barbados’s $10 bill.

An oval ode to a favorite sport

The Kensington Oval is a historic cricket ground, the oldest one in Barbados. Built in 1882, it is a beautiful, well-kept stadium that still hosts cricket matches today. The jubilant crowds and welcoming atmosphere make a trip to this stadium one worth taking, even if you are not particularly knowledgeable about cricket. 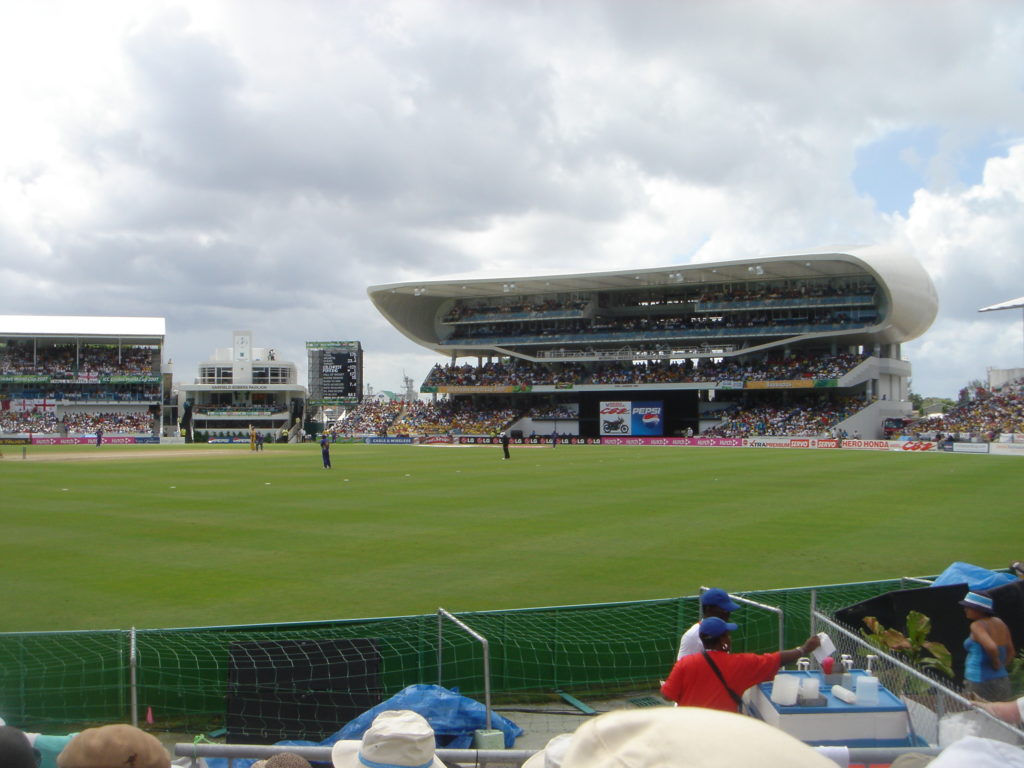 A sunny marine park with a historic lighthouse, Carlisle Bay is a favorite stretch of beach for many Bridgetown residents and visitors to Barbados. If you go early, you just might see turtles popping their tiny heads up from the sand, and local race horses being bathed.

As do many of Barbados’ finest beaches, Carlisle Bay boasts clear turquoise water and soft, white sand. It’s also a fabulous spot for snorkeling and diving. However, what makes it so unique are the relics scattered about in shallow waters from days gone by, such as anchors and cannonballs.

Furthermore, there’s and even a lighthouse nearby, built in 1885. Known as Needham’s Point Lighthouse by locals, it is currently non-functional. It was partially restored by the Hilton Hotel, which now owns the historic structure and the land around it. 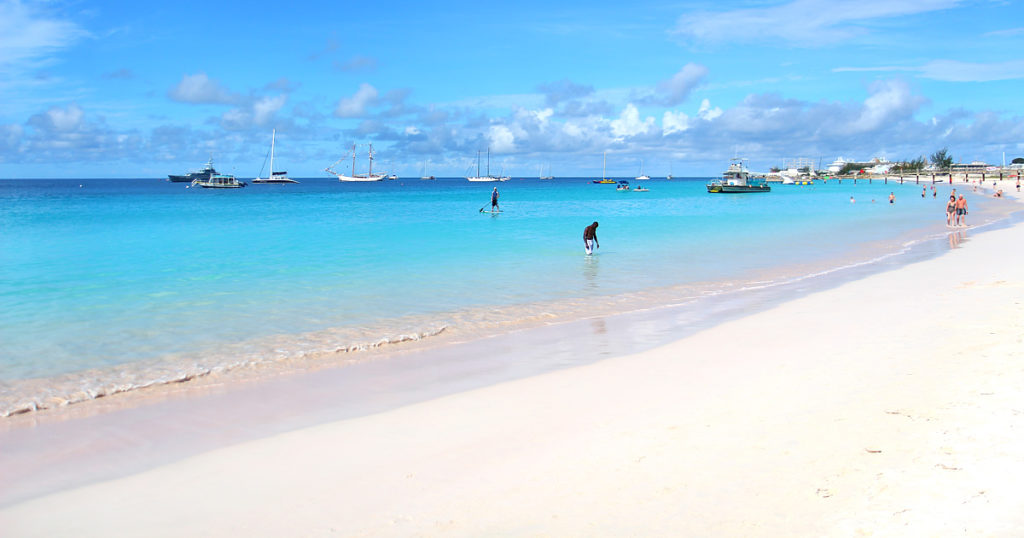 Ready to head to Barbados? Don’t miss out on all that Bridgetown has to offer. Once you have purchased your airplane tickets, you can find the perfect luxury Barbados accommodations here.

1.6K
Travel
8 Most Charming Historic Cities in the Caribbean

5.8K
Lifestyle
Survey Reveals One Week of Vacation Isn’t Enough for Most People