Belize City–What to See and Do

Belize City is no longer the capital of Belize (the current capital is Belmopan), but it’s still the largest city in the country. With a population of about 60,000, it is Belize’s center for industry and commerce.

Located in Eastern Belize, it sits on a small peninsula that juts out into the Caribbean Sea. Its proximity to the ocean has given it prestige as the country’s principal port. Many cruise ships stop there, as it has long been a popular destination for tourists.

If you’re wondering what there is to see and do in Belize City, you’ve come to right place! Here’s a list of some of the city’s most interesting attractions:

Once a city jail, the building has been repurposed to house some fascinating history exhibitions. You can see Mayan artifacts, take an interesting glimpse into colonial days, and learn about the slave trade that once plagued Belize City. In addition, there’s a lovely exhibition of Belizean insects and butterflies.

A tour of the museum will only take 1 to 2 hours, but it’s well-worth a stop. It makes the perfect introduction to Belize history and culture, especially if you’re visiting this Caribbean country for the first time. 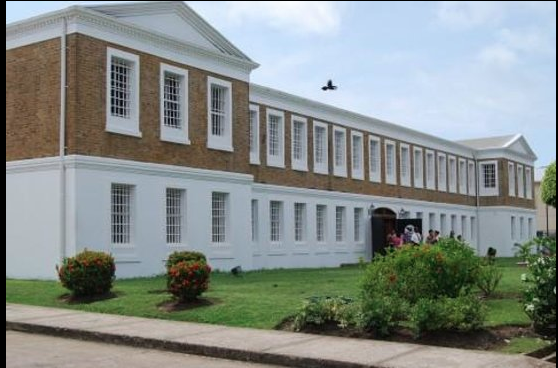 Museum of Belize in Belize City

Take a 30-minute boat ride Southeast of Belize City, and you’ll encounter this tiny, secluded island. Although several tour operators make trips there, this little piece of paradise located near the Belize Barrier Reef is uninhabited, so you’ll most likely have it all (or nearly) to yourself. There is also a ferry boat available for transportation.

On your way there, you may see dolphins playing in the sparkling waters. Don’t miss the opportunity to snorkel in the reef and catch a glimpse of beautiful coral and colorful fish.

The water surrounding the island is a beautiful light mint hue, since it is quite shallow there. Goff’s Caye is the perfect place to get away from the hustle and bustle of Belize City and spend a few quiet hours in what seems like the “middle of the ocean”. 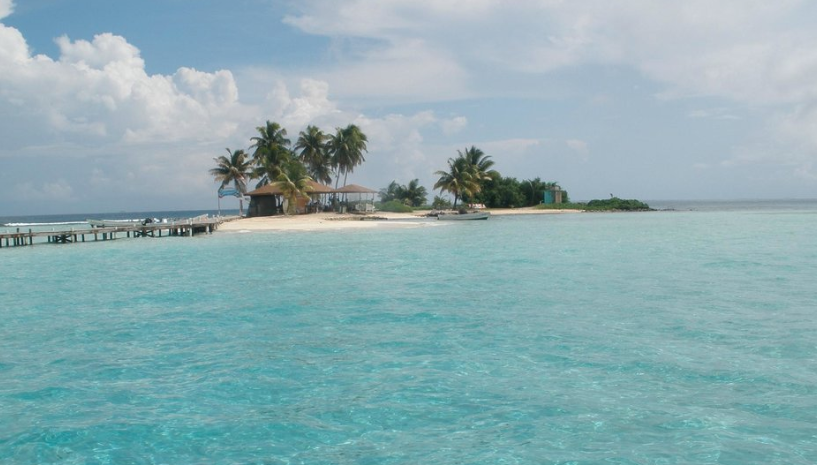 This stately brick building is the oldest Anglican church in all of Central America. It continues to be well-maintained and open to the public. In addition, it still holds Sunday services, so you can visit on that day too! Mass is held in both Spanish and English.

Its incredible architecture and local mahogany woodwork in the pews inside are testament to Belizean ingenuity in colonial days. Stepping inside is like stepping 200 years back in time, although a few modern accoutrements, such as electrical lighting, have been added.

According to a brick sign outside, the first stone of the church’s foundation was laid in 1812, and the building was consecrated in 1826. 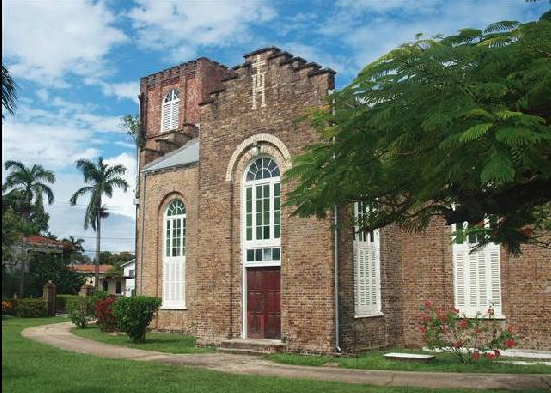 Although it’s not exactly located in Belize City, it is only 31 miles north of it. Many tour groups that visit this archaeological site leave from the city, so if you’re staying there, you’ll find no shortage of guides to take you to these breathtaking ruins.

What was once a major Mayan trade center and sacred location for ancient ceremonies is now one of Belize’s most popular attractions.

Many tours include a tranquil tubing trip on the Olde Belize River through spectacular caves before reaching the site. There’s also the option to go exploring deep into the nearby jungle to see exotic birds and other wildlife.

Also featured in Altun Ha is a replica of the Jade Head, which according to a sign at the site is “the single largest carved piece of jade within Mesoamerica and the Western Hemisphere. This treasure is so valuable that it is currently kept in a vault in Belize’s Central Bank. 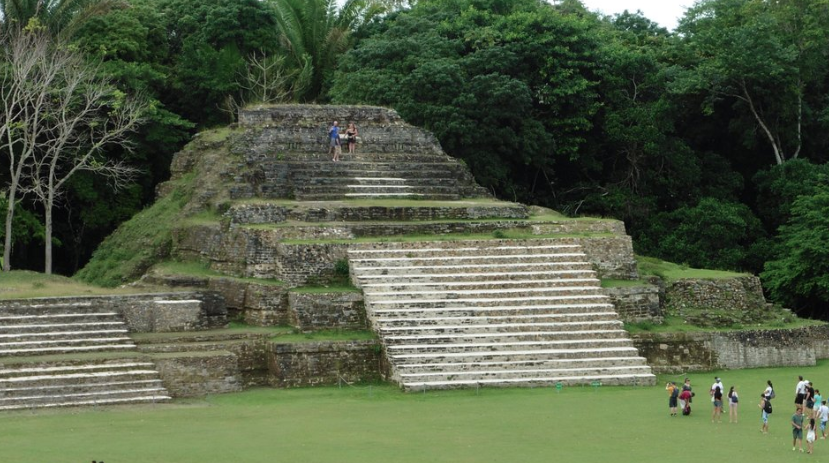 If you’re looking for something to do in Belize City that packages history, culture, and nature into one experience, don’t miss your chance to visit Altun Ha!

This nature park with a pool and waterfall is the perfect place to spend a day, for both children and adults. It’s only 7 minutes from the Belize National Airport, so getting there should be a breeze.

Once you’re there, you can enjoy the actual breeze, and a bit of refreshing spray from the poolside waterfall. Kids will love the waterslide, and adults who love the outdoors will enjoy biking through the parks many trails.

The park boasts over 200 species of tropical plants, including enormous stately hardwood trees and colorful orchids. There’s plenty of space– the park covers about 400 acres, and dining is available onsite.

You can also take a horseback riding trip through the jungle, canoe down the river, or embark on a tranquil nature walk. Many visitors have spotted a wide assortment of fauna, and some have even discovered jaguar prints on the trails.

This quaint little bridge was first installed in 1897, and then updated and replaced in 1923. It is the only manually operated swing bridge left in the world. It allows pedestrians to cross over Haulover Creek, which divides Belize City into northern and southern halves.

You won’t need to spend too much time here, but it’s worth a quick stop for a picture or two while you’re browsing the city. While crossing, you’ll be able to gaze out into the Caribbean Sea, since Haulover Creek feeds straight into it. If you’re lucky, you might witness the bridge opening to allow a tall ship to pass. 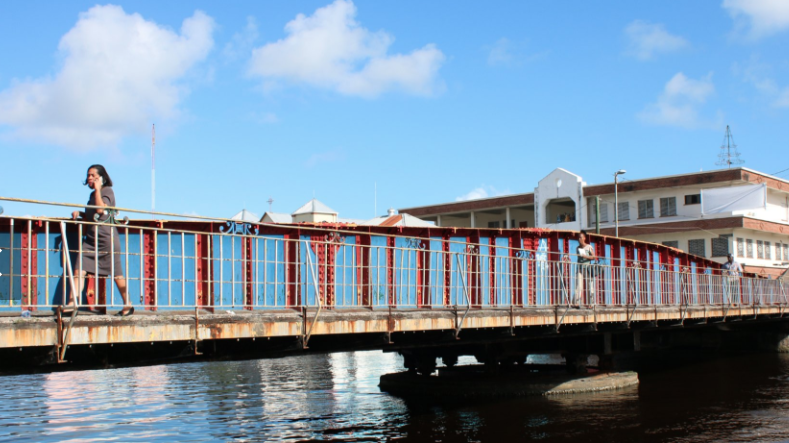 This is a historical landmark located at the water’s edge with an interesting tale behind it. The lighthouse and memorial tomb were erected in honor of Baron Bliss, a British millionaire who bequeathed his sizeable fortune to the citizens of Belize.

After becoming paralyzed from the waist down in 1911, Bliss spent most of his life at sea. As he sailed toward Belize in 1926, his health began to fail.  It was then that he rewrote his will to create a trust fund that still helps Belizean citizens to this day. He passed away before ever landing in Belize, and was subsequently buried on the coast, per his own instructions.

While visiting the lighthouse, be sure to walk over to the nearby Belize sign for a great photo-op. 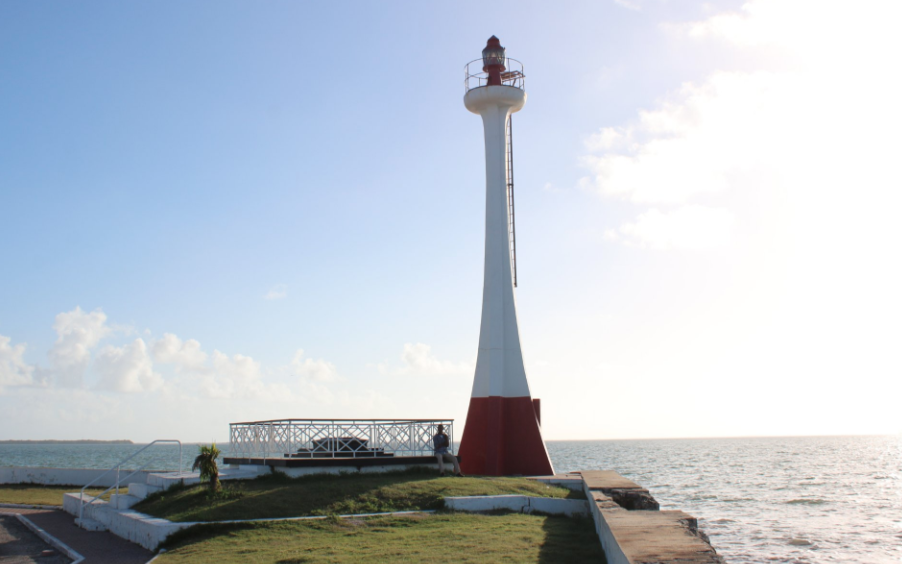 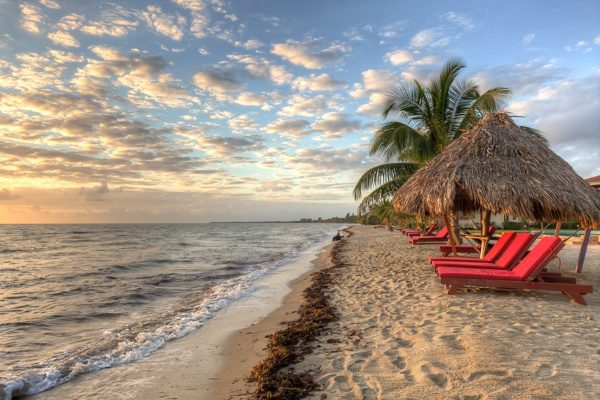 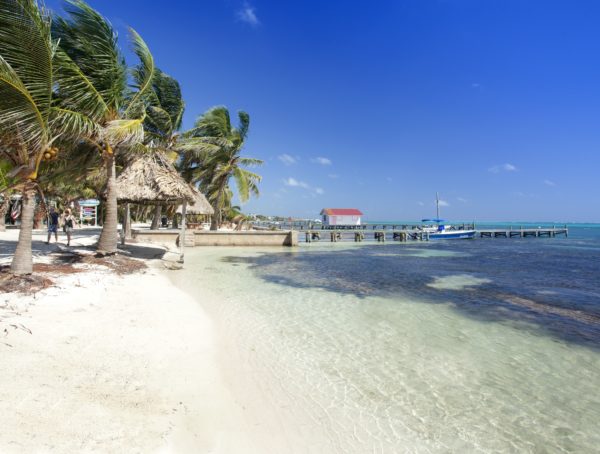 15.1K
Travel
All About the Great Blue Hole of Belize