5 Caribbean Volcanoes You Can Hike

Volcanoes play an important role in the region’s topographical history. In fact, they are responsible for the creation of some archipelagos and islands. The Eastern Caribbean islands, which lie on a plate boundary, were formed by a process called subduction. The North American Plate sank beneath the Caribbean Plate, allowing magma to form and rise to the earth’s surface.

Of all the volcanoes that have formed in the Caribbean, 19 are considered live. This means that they could erupt again. In the recent past, there have been two major eruptions. Mt. Pelee in Martinique erupted in 1902, devastating the city of St. Pierre and killing 30,000 people. It was considered the worst volcanic disaster of the 20th century.

In 1995, the Soufriere Hills volcano erupted several times, covering the capital city of Plymouth in smoke and ash, and leaving a large portion of the island uninhabitable. About a third of the island’s population relocated to nearby islands like Antigua and Barbuda.

Dormant since its last eruption in 1932, Mount Pelee (pictured at the top of this article) is now safe to hike. It is popular among locals and tourists, but some have described the hike as challenging. Known as the “Pompeii” of the Caribbean, the mountain towers 4,583 feet over the town of Saint Pierre.

St. Eustatius, or Statia, as it’s often called, is only 6 miles long and 3 miles wide. Its biggest tourist attraction is a volcano called the Quill, which covers almost all of the island’s southern half. It sits at about 2,000 feet above sea level and is perfectly symmetrical.

The Quill has been dormant for 1600 years, which means there’s no need to worry about it waking up while you’re trekking its trails. There are several trails of varying difficulty to help you reach the top, or an alternate route leading to a summit for those who don’t wish to climb to the very top. Inside the crater, you’ll find a semi-tropical rainforest, with giant fruit trees and plenty of tropical critters.

Soufriere Volcano in St. Lucia is famous for being the world’s only “drive-in” volcano. You can actually drive into the crater, and park in a small parking area. From there, you can take a short hike to the caldera, and gaze inside to see the bubbling mud and smell the sulphur-laden steam. The experience is part of Sulphur Springs Park, “the hottest and most active geothermal area in the Lesser Antilles,” according to the park’s website.

While there, you can bathe in the park’s sulphuric pools and rejuvenate your skin with a volcanic mud mask. In addition, the park offers massages, professional photo sessions, and guided tours for a fee.

In the words of one Trip Advisor reviewer, “Choose nice and sunny weather, and take your best hiking shoes and enough water. (The) Climb from bottom to the end takes around 2 hours, and go early, since if you go around 10 or so you can’t find a parking spot, and you might have to walk several kilometers to start the track.Very enjoyable trip and very nice views.”

By “easy”, we mean climbing 600 steps that the government has installed on the volcano’s slope, which might not be so easy for city dwellers to handle.

As one Google reviewer put it, “This bad boy will destroy your legs if you don’t exercise regularly (like me). The 600 steep stairs are a challenge and you want to die every ten steps, but it is very, very satisfying to get to the top! A lovely view of the island, although partially obstructed by cacti, and you are also rewarded with a nice breeze which we enjoyed. We went around 4-5 pm when the sun was setting and we took our water bottles. I recommend you do this walk towards the end of the day when it’s cooler. I also recommend you hold the railing on the way down if your legs shake when they’re tired and weak. Even better, bring your spouse to carry you down.”

Love hiking? Check out these incredible hiking trails in the Caribbean! 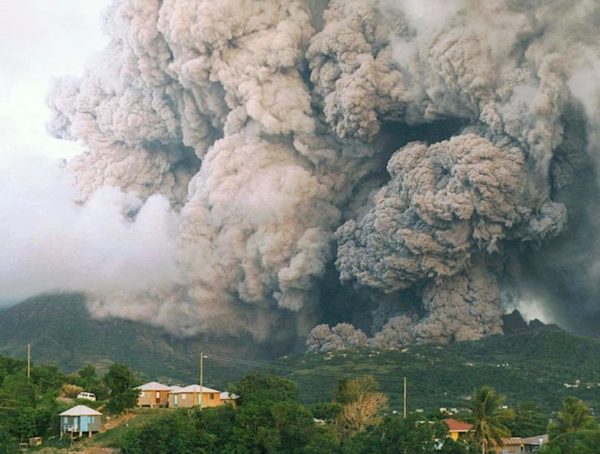 7.6K
Lifestyle
What It’s Like to Live in the Shadow of a Caribbean Volcano 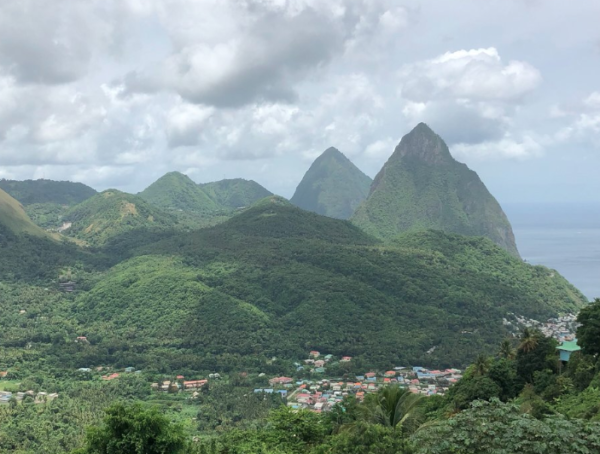