After a historic game against Brazil on June 9th, Jamaica’s “Reggae Girlz” team became the first female Caribbean team to play in a FIFA World Cup.

The Jamaican women’s team was the first Caribbean team in history to qualify for the prestigious competition. Their arrival in France was highly celebrated–and it was a long time coming.

Michelle Adamolekun, president and co-founder of the Reggae Girlz Foundation, said, “Our Reggae Girlz’ achievement of making the World Cup is truly a game changer for women’s football. For young girls in underserved communities in Jamaica, they now can see role models just like them, that had a dream, worked hard, received support, and they were able to achieve that dream.”

Since June 9th, the Reggae Girlz have also faced Italy and Australia in the World Cup tournament. Although they weren’t able to score a win, they are proud of their presence in the games, and their incredible journey to get there.

The Jamaican women’s team was the lowest ranking team to qualify, and they certainly don’t have the resources that their opponents have, like Australia and Brazil. Nevertheless, they make up for it with plenty of heart.

The Jamaican women’s soccer team has been around for a while. However, it has always been poorly funded. In 2006, it was disbanded completely for lack of funding. The girls were talented, but no one seemed to believe in them.

Until 2014, that is. Bob Marley’s daughter Cedella Marley discovered the team’s needs by chance when her son brought home a flyer with an appeal to support the Reggae Girlz. At that point, Marley hadn’t even heard of the women’s football team. Hardly anyone knew of them, since they had been practically abandoned by their federation.

“I started making calls the next morning to the federation,  just asking what this was about,” Marley told the Telegraph. “And when they started to talk to me I realised it was a bigger problem than just donating $10 or $15.”

Bringing the team back to life

Marley couldn’t believe that the women’s soccer team was so neglected. “They didn’t have the right sports bras, the right nutrition…. I was being told to send down Granola bars, you know? It wasn’t fun. I got angrier and angrier.”

She decided to personally fund the team herself, and actively searched for more sponsors. She even traveled with the girls to games, and looked after them as if they were family. Marley’s involvement gave the team the publicity and funds they needed to get back in the game. Eventually, they qualified for the FIFA Women’s World Cup.

It might seem strange for the daughter of Jamaica’s biggest musical artist to become so involved with a soccer team, but Marley said she had good reason to do so.

“Because I never want to see a young girl who really wants to achieve her dream and just because of her gender she’s told ‘No thanks. Find something else to do.’ That didn’t sit well with me.”

Today, the girls are supported by the Reggae Girlz Foundation, established in 2018. 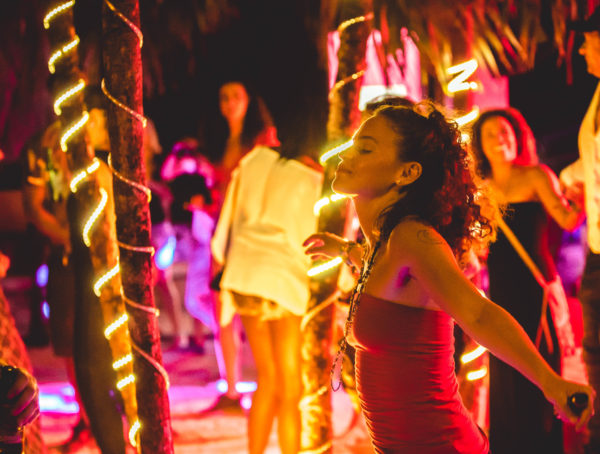