One of this year’s biggest Dance festivals in The Netherlands is coming to Curacao for an edition on Mambo Beach. They bring with them some of the hottest Dutch DJ’s including Armin van Buuren! 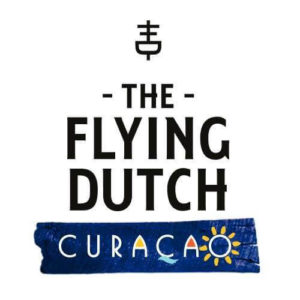 Bon bini, Curaçao! Yes, that’s right, it’s time for a new adventure! This October 25th, The Flying Dutch moves to the most tranquilo island we’ve ever been to: Curaçao. We’re definitely bringing that real TFD-feel, as the first names of the lineup have already been announced. Armin van Buuren, Sunnery James & Ryan Marciano, Sevn Alias, Lucas & Steve, and Jeon are flying to #TFDCuracao!

Are you ready for the most tropical party of coming autumn break; for the biggest dance festival of the Caribbean? Come along to The Flying Dutch Curaçao! The only thing you have to do is make sure you’re not missing out, grab your fliest sunnies and prepare those dancing-legs with a serious tanning sesh. 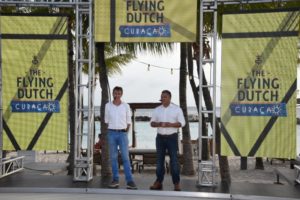 After Amsterdam, Rotterdam and Eindhoven, we’re flying to our fourth location. A cocktail in your hand, sun on your face, views on the Caribbean Sea and none other than Dutch dance heroes Armin van Buuren, Sunnery James & Ryan Marciano, Sevn Alias, Lucas & Steve, and Jeon on stage; you’re not gonna want to miss out on this!

We’re touching down on the most famous beach of the island: Mambo Beach. With views on the turquoise waters, Mambo Beach is the place to be to shine like a tropical diamond to DJs of #TFDCuracao!

What is The Flying Dutch without our Dutch dance heroes? Of course, we’re flying them in to #TFDCuracao! The first names have already been announced: Armin van Buuren, Sunnery James & Ryan Marciano, Sevn Alias, Lucas & Steve and Jeon are bringing their baddest beats and most tropical vibes to Curaçao. Local hero DJ Menasa has also been added to the line-up. Together with them, we’re taking over Mambo Beach on October 25 from 18:00 – 01:00. Timetable to be announced soon!

The minimum age for The Flying Dutch Curaçao is 18 years old. Visitors between 16 and 18 years old are welcome to visit the festival under adult guidance.

Book your property with KEY CARIBE now and get 5% discount on your direct booking. We can also arrange (VIP) tickets for you.

Curacao isn’t world famous for its beaches. Maybe it’s because most of them are hidden along the sheltered and calm southwestern coast. Where the waters are crystal clear and seclusion is as natural as the tides. With beautiful options like the Blue cave and Klein Curacao, the island has more to offer more than meets the eye. Graced by beaches, serenity and breathtaking beauty is the paradise island that oozes magnificence. The real appeal of Curacao is not the sandy beaches or the panoramic views; it is the coming together of everything. The Flying Dutch Curacao will be the party of the year that you don’t want to miss. 7.7K
Travel
Where is Curacao?/ All About Curacao 6.9K
Experience
What to Do in Willemstad, Curacao